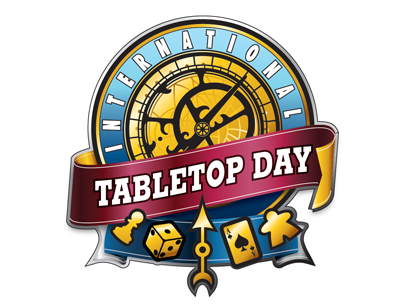 Today is the 2nd annual International Tabletop Day. And for the second year in a row, it’s been scheduled on an inconvenient day, and so there’s no one for me to play games with. My wife is busy studying for exams and everyone else has other plans that have nothing to do with playing tabletop games. Last year, I challenged my dogs to a game of Zombie Dice and lost solidly to Pan. I thought about doing the same this year, but Pan doesn’t want to risk losing his champion status, and honestly, if I lost again, I’m not sure I could suffer the humiliation. So Pan’s champion status is safe...for now.

However, as this blog is is heavily focused on tabletop roleplaying games, particularly Pathfinder, like last year, I couldn’t let the day go by without doing something in honour of it. As such, I have spent what free time I’ve had today doing long-term planning for my Pathfinder games. I have a regular group that meets every Sunday (although tomorrow will be the second of what will likely be three weeks in a row of no game due to real life interfering) and I also GM two play-by-post games on the Paizo messageboards. Of course, as a game master, I have to spend time every week preparing for games, but today I decided to look a bit farther into the future. As my Sunday group is nearing the end of its current campaign (the Council of Thieves adventure path), I decided to start making serious plans for their next campaign. It will still likely be a few more months before the current campaign concludes, but it doesn’t harm to have an idea of what to do next. I won’t go into too much detail here—partly because I’ve only done the barest of sketches so far and partly because members of my group read this blog and I don’t want to give secrets away—however, here’s a quick list of the books I’ve pulled out in order to assist me: 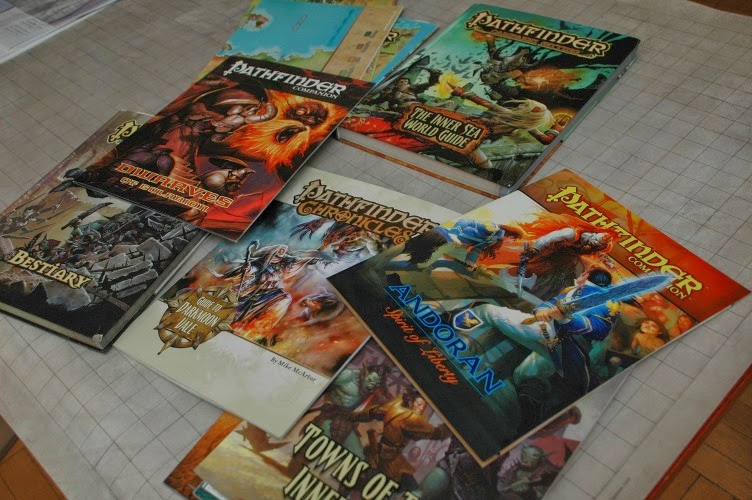 Tabletop Day was started by Geek and Sundry after the success of Wil Wheaton’s show Tabletop, a great show which has had two full seasons and is now looking to make a third. In order to do that, they are looking for donations, so if you’re interested, head over to Ilovetabletop.com to donate. If they reach $500,000, season three will be 15 episodes long. If they reach $750,000, it will be 20 episodes long. If they reach all the way to $1,000,000, there will be a spin-off series featuring roleplaying games! I will be very interested in seeing that should they achieve it. In just the first few hours, they have already passed $100,000, so I think there’s a pretty good chance they’ll make it all the way. Let’s hope they do!