How I Lost to My Dog on Tabletop Day 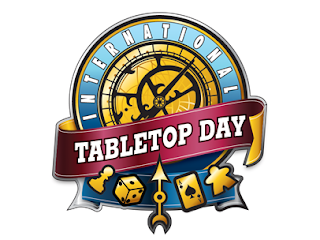 Today is International Tabletop Day. Started by Geek and Sundry, today is the day when everybody is supposed to get together to play tabletop games. Alas, there was nobody available for me to game with. Because of the holiday weekend and various other things, everybody had other commitments. My wife is working all day today and even my regular Sunday Pathfinder game (which, while technically not on the right day, I was thinking might be close enough) is cancelled this week.

But I couldn’t just let Tabletop Day pass by. After all, while I have branched out somewhat, this blog had its start as a place for me to review tabletop roleplaying games. Tabletop Day is what this blog is all about. So I needed to come up with a solution. I debated just playing solitaire games with myself, but that would be boring to write about. Then it hit me. I’m not totally alone today. My two dogs are here. So I decided to challenge them to a game!
Read more »
Posted by Michael Ray Johnson at 14:57 No comments:

Doctor Who - The Battle of Demon's Run: Two Days Later 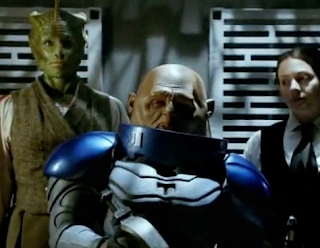 A new Doctor Who mini-episode has been released in the U.S. "The Battle of Demon's Run: Two Days Later" tells the story of how the Sontaran, Strax was resurrected after the events of "A Good Man Goes to War". In that story, Strax apparently died at the end, but he was alive again and working with Madame Vastra and Jenny in "The Snowmen".  That story contained only a brief mention by the Doctor that a friend had brought him back. "Two Days Later" fills in the missing gap between the two stories.

Unfortunately, the three-minute episode is not currently available outside the United States, where it can be downloaded from Amazon for free. It was briefly up on Blogtor Who, but has since been taken down. However, according to Blogtor Who, it will be released in the UK shortly. I have no idea if this includes other areas of the world, including Canada, as well (despite mentions on the Doctor Who News Page that it's available in "North America", it is definitely blocked from download in Canada).

It's an odd decision to release this at this time, out of order and just before a new episode not involving Strax is about to air. It would have made more sense to have released it closer to the broadcast of "The Snowmen", perhaps as one of the many prequels that story had. The episode itself doesn't really reveal very much, just that Vastra and Jenny healed his wounds, but not how. It is implied that Strax didn't actually die, just came very close, which makes more sense than a resurrection, but does contradict  statements in "The Snowmen". Most of the episode is played for laughs, which seems to be Strax's lot now as a comic-relief character. I still find that a bit of a shame as he was a much more complex character in "A Good Man Goes to War". Oh well.

Posted by Michael Ray Johnson at 10:35 No comments:

Doctor Who - Prequel for the Bells of Saint John

It's become a bit of a tradition over the last couple of years for the BBC to produce short prequels to significant episodes like premieres, Christmas specials, and finales. Next week's mid-series premiere, "The Bells of Saint John", is no exception. In this prequel, the Doctor is feeling down during his search for Clara, and he gets a little pep-talk from a young girl. It's cutesy and you can see the ending coming from a mile away, but it's entertaining.

Posted by Michael Ray Johnson at 12:00 No comments: 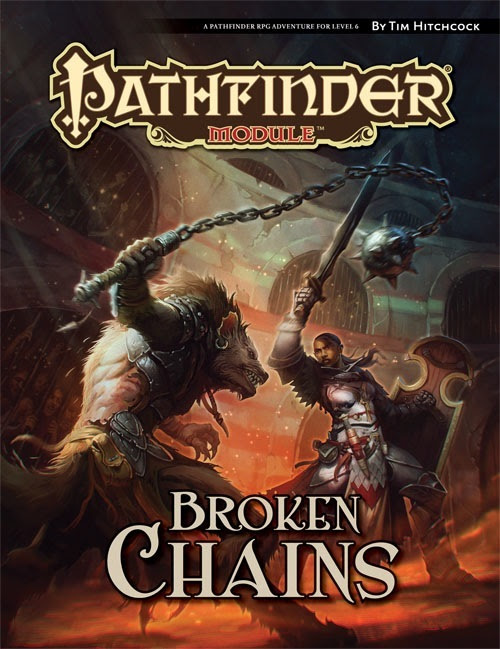 
And today, the BBC released a new trailer for series 7B, beginning on March 30.

Posted by Michael Ray Johnson at 14:35 No comments: Longtime players of Dungeons and Dragons will probably recognize the name Dungeoneer’s Survival Guide. This book was published back in the mid-80’s for the first edition Advanced Dungeons and Dragons game. It’s a fondly remembered rulebook, but oddly enough, one of the few first edition rulebooks I never owned (the only other being the Wilderness Survival Guide). For whatever reason, I simply wasn’t interested in the book at the time it came out, even though I was certainly more interested in dungeon-delving adventures then than I am now. It was the first book to introduce proficiencies (i.e. skills) into the game, something that later made me heavily regret not getting the book. The latest book in the Pathfinder Player Companion series, the Dungeoneer’s Handbook is clearly named to evoke memories of that earlier book. Of course, it is still its own book and provides options for Pathfinder players to create characters geared towards exploring the dungeons of Golarion.

This is definitely a “crunch” heavy book. It contains a lot of new mechanical options for characters with only a smattering of fluff details throughout. There are quite a few new feats (considerably more than have been in most recent Player Companion books), new archetypes, spells, equipment, and magic items. Notably absent are roles (suggested ways of building particular kinds of characters that first appeared in Varisia, Birthplace of Legends), which were also not included in Animal Archive. I’m not sure if this is because roles have proven unpopular or if there simply haven’t been any appropriate roles for the last two books. Whatever the case, even though I feel they are a good and useful addition for beginning players new to Golarion (albeit not very useful for experienced players), I haven’t missed them in these last two books. Indeed, I didn’t even notice their absence in Animal Archive at first. The lack of roles in these books has certainly made room for a lot of other things. And just like Animal Archive, the Dungeoneer’s Handbook is packed with useful things.
Read more »
Posted by Michael Ray Johnson at 20:25 1 comment:

Reign of Winter - The Snows of Summer 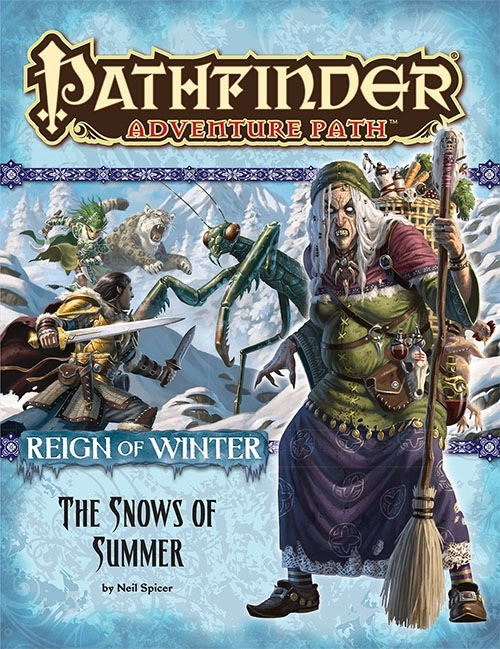 When I first heard about Reign of Winter, I expected it to be what I suspect most other people expected it to be: an adventure path centred around the end of the 100-year rule of Irrisen’s current queen, Elvanna, and her attempts to avoid her mother replacing her. I expected it would deal heavily with Irrisen’s conflict with the Linnorm Kingdoms and probably involve PCs who begin in the Linnorm Kingdoms. I was only partially right. It is about the end of Elvanna’s rule. Shortly after it was announced, Paizo representatives started gently letting people on their messageboards know that this adventure path is not the Irrisen AP. Rather, it’s the Baba Yaga AP, and as Baba Yaga is about a lot more than Irrisen, so is this adventure path. This is an adventure path that will go to a lot of different, unusual, and very unexpected places.

After I got over my initial surprise that the Linnorm Kingdoms wouldn’t feature at all, I began to feel very intrigued by the possibilities of Reign of Winter. It’s an ambitious adventure path, full of creative, but crazy ideas, as the forthcoming fifth part can attest to (warning: potential spoilers in that link). It’s an adventure path that could turn out to be one of the most wonderful and memorable adventure paths so far. Of course, it remains to be seen whether it can live up to that potential, but the possibility is at least there. Unfortunately, it could also turn out to be a complete disaster.

The opening adventure, The Snows of Summer by Neil Spicer is fairly tame compared to what is to come. Indeed, it’s kind of a run-of-the-mill adventure in many ways, one that starts with only a touch of the unusual, much like many adventures will start. But it gradually reveals more and more snippets of information to the PCs, slowly making them realize that what starts as a rescue mission is really much, much more. Overall, The Snows of Summer is a very good adventure—not the greatest ever, but one that should sufficiently whet the PCs’ appetites for what is to come and make them eager to save the world.