Doctor Who - World Enough and Time 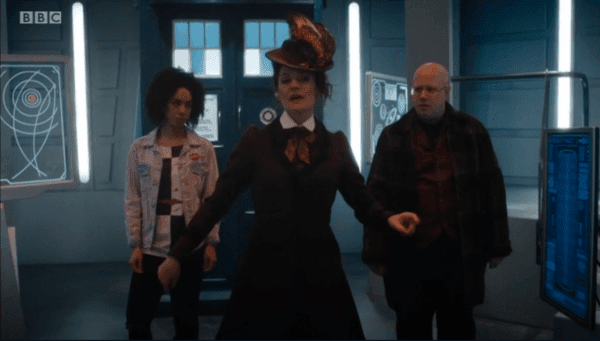 Doctor Who finales (since 2005 at any rate) tend to be large and epic, often with the fate of the universe at stake. Series 9’s finale took the Doctor and Clara to Gallifrey and to the end of the universe itself. Way back in Series 5, the entire universe had to be rebooted to save it. Series 10 looks set to end quite epically, though perhaps at not quite so large a scale. So far, it is more in the style of the Series 1 finale, which only involved the fate of one solar system rather than the entire universe.

But the entire universe doesn’t need to be under threat for the stakes to be high, and the stakes are certainly high in “World Enough and Time”, the first part of the two-part Series 10 finale by Steven Moffat. While “World Enough and Time” certainly bears many similarities to first parts of previous finales, it also stands apart. It is certainly one of the darkest Doctor Who stories (not just finales), filled with an unrelenting sense of impending doom. Clocks are seen ticking forwards in this episode, yet the feel nevertheless is one of a countdown—a countdown to a terrible catastrophe. Catastrophe is certainly a hallmark of many Doctor Who stories, but rarely does it feel so tangible and so close—not just close to the characters, but to the viewers as well.

There’s a lot to unpack in “World Enough and Time”. It’s a dense script based around some complex scientific topics (and in typical science fiction fashion, not entirely accurately portrayed) and also has a heavy reliance on the show’s past (which is not always to its benefit). Of course, the next episode (the actual Series 10 finale episode) will likely have an effect (either good, bad, or both) on how many of the elements of “World Enough and Time” ultimately work, but looked at on its own, without knowledge of what is to come next (beyond the “Next Time” trailer), it is a hugely enjoyable—if highly morbid—episode that keeps me captivated until the end and has left me eager for the next. Yet it is also a highly problematic episode that also gets a little too caught up in its own self-references.