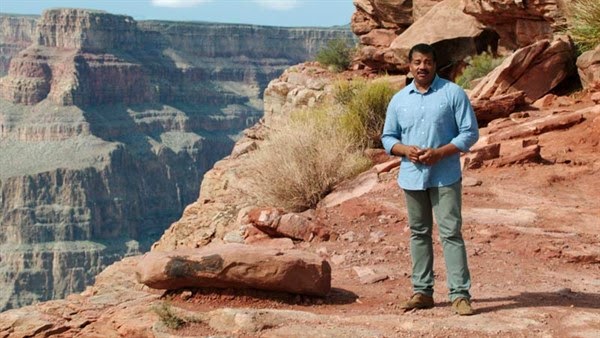 It is an unfortunate fact that science can be misused, sometimes deliberately. The numbers don’t lie, but the way those numbers—those bits of data—are interpreted can sometimes be skewed to fit preconceptions and biases, or even business or political agendas. The seventh episode of Cosmos, “The Clean Room”, looks at the search for the age of the Earth, but also explores the wider issue that came from that search—Clair Patterson’s fight to remove lead from the plethora of products it was part of, particularly gasoline. 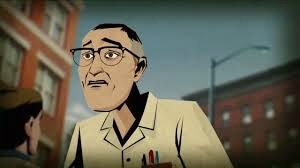 Every episode of Cosmos so far has had a mix of scientific explanation and historical narration, as does this episode. However, “The Clean Room” focuses far more on the history side than other episodes. While the history segments have generally been animated and have used voice actors to portray the historic characters, this episode concentrates far more on telling a dramatic tale—a fable with a moral message. If it weren’t for Neil deGrasse Tyson’s voice-over narration, this could almost be a Hollywood movie about the life of Clair Patterson (voiced here by Richard Gere) with science itself as the hero and the Ethyl Corporation as the villains.


The episode opens with a quick overview of earlier attempts to measure the age of the Earth, from Bishop Ussher’s attempt to use Biblical clues (which puts creation in 4004 B.C.) to later attempts to determine the age based on geological layers of sediment. But what that later attempt taught us was that there is not enough geological evidence to reach even an approximate figure. All evidence from the earliest years of the Earth was destroyed in the violence of the Earth’s formation. Scientists had to look to other forms of evidence, namely that provided by meteorites. Enter Clair Patterson, a young graduate student who is given the task of measuring the amounts of lead in zircon as part of this effort. Lead is the final result of radioactive decay. By measuring the amount of lead in a rock, one can determine its age, but to do that, it’s necessary to know how much lead was there to begin with, and that’s where meteorites come in. 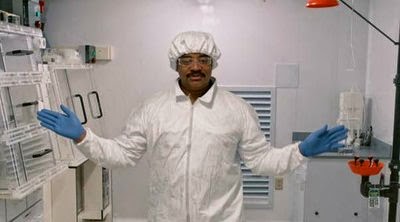 But Patterson’s attempts were hampered by lead contamination from the environment. He was unable to get any consistent readings and spent years developing the first ultra-clean room. It was only then that he was finally able to measure lead content accurately and determine the age of the Earth: 4.5 billion years.

Yet Patterson was also interested in how lead dispersed through Earth’s atmosphere. At first, he believed what everyone else believed: that the levels of lead in the atmosphere were natural. But as his research continued (through examining water from the bottom of deep parts of oceans and comparing it with water from shallow parts), he discovered that the prevalence of lead was something recent. His continued investigations led him to discover that it was leaded gasoline that was the primary culprit. And that’s when his troubles started as that was the very industry that was funding his work. Not surprisingly, they revoked his funding.

The episode notes that the use of lead was nothing new. The ancient Romans used lead in many things, and Tyson mentions that many historians believe lead poisoning may have contributed to the fall of the Roman Empire. Alas, this might actually be a spot where Cosmos goes out on a limb a bit as it tries to make the tale of Rome more relevant to the tale of Clair Patterson. Several articles (such as this one on IO9) have popped up on-line since “The Clean Room” aired, pointing out the problems with this statement. But that statement aside, the episode is quite correct that the dangers of lead poisoning have been known for a very long time, yet people continued to use lead. 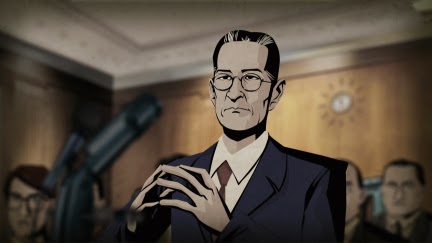 It was this knowledge of lead’s poisonous nature that led Patterson to continue his research. If the amount of lead in the atmosphere was increasing, then people everywhere could be at risk. Yet the people he was up against had their own scientist working for them, Doctor Robert A. Kehoe, who claimed that the levels of lead in the atmosphere were safe because they were natural. He used much of the same data that Patterson used, yet presented vastly different conclusions. As Senator Muskie says in the hearings that take place to investigate the issue, this is the kind of thing one expects from lawyers, not scientists. It would be decades before the matter was resolved and laws were enacted to restrict the use of lead, but the levels of lead in people have dropped dramatically in the years since, proving once and for all that Patterson was right.

It’s both a frightening tale (of what was and could have continued to be) and one of hope and triumph (the “good guys” win in the end), and while it may be more of a drama than a documentary (more a docudrama, I suppose), it’s an important tale with an important message. There are numerous examples still today of corporations manipulating science for their own causes. The most obvious are the ongoing attempts to deny climate change, but there are many other examples too (pharmaceuticals being a big one). But as Tyson says in the closing moments, “In the end, nature will not be fooled.”
Posted by Michael Ray Johnson at 00:54