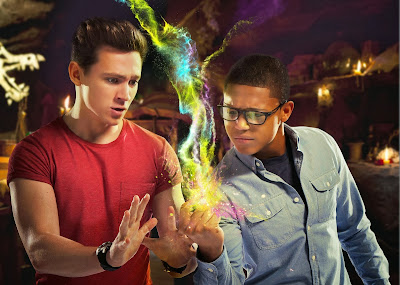 “Vice Versa” by Clayton Hickman is rather unusual—not in its plot or subject matter, but in its effect. It is simultaneously one of the best episodes of Wizards Vs Aliens so far, and also one of the most frustrating. Taken by itself, without the context of the series around it, it works perfectly. It is fun and energetic, but well paced. The cast are at their best, delivering some absolutely wonderful performances. The story holds together well and wraps itself up cleverly. Yet, when taken in the context of what comes before it (namely the tragic conclusion of “100 Wizards”), it simply doesn’t fit. Everyone’s far too happy, especially Tom. In fact, if it weren’t for the mention of Katie dumping Tom, there would be nothing at all to indicate that “100 Wizards” ever even happened.

Part of the problem is that it’s a pretty standard second story of a television series: light-hearted filler that has little effect on the direction of the show as a whole. Apart from possibly a hint or two of a larger meta-plot, second stories tend to be “throwaways”, ones you can miss without ruining your enjoyment of the series as a whole, as little of any importance happens in them. Wizards Vs Aliens followed this pattern in series one with its second story, “Grazlax Attacks”, and is doing so again now with “Vice Versa”. But while a throwaway story works in early series one (even though “Grazlax Attacks” is otherwise an inferior story to “Vice Versa”), it doesn’t work so well now in the second series. The show has reached a point where it can no longer ignore the consequences of actions and events that take place. For it to progress believably, its characters need to respond organically, which they’re just not doing.

That said, “Vice Versa” is a great deal of fun, and I love it to bits. It makes for a frustrating dichotomy.


I refer, of course, to the tragic end to Chloe’s story in “100 Wizards”. At the end of that story, Tom is left waiting for Chloe to show up at their date and she doesn’t arrive. Eventually, Tom gives up and leaves, and we see the now-elderly Chloe has been watching him from a distance. I had quite a bit to say about this ending in my review of that episode, and while I found much problematic about the ending, there is no denying that it is a tragic ending. Fridging a female character is a far overused trope, but if it’s going to happen, there needs to be some sort of follow-up. The only thing worse than killing off a character is killing off a character and then forgetting about her.

Chloe clearly does not have a negligible impact on Tom in “100 Wizards”, so her death certainly should not be negligible either. Why does Tom not inquire after her? He knows where her orphanage is. Even if he doesn’t have her phone number, it would be easy for him to go round and look up on her—especially since he knows that the Nekross know where she lives too! Perhaps, between the episodes, he does try to look up on her and Mrs Meeks turns him away, telling him that Chloe doesn’t want to see him anymore. It’s possible. However, in such a case, there needs to be an on-screen reference to this. The audience needs closure just as much as Tom ought to need closure. A brief mention would be far from the best way to achieve this closure, but at least it would be something. Instead, in “Vice Versa”, Chloe is never even mentioned. Tom doesn’t seem the slightest bit perturbed that she mysteriously vanished, or the slightest bit concerned that she might be in danger from the Nekross. He's simply returned to life as normal and is now trying to get back with Katie. It makes Tom look a little heartless. 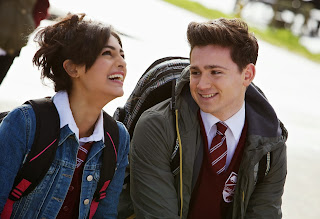 The same goes for the other characters. Ursula was very concerned when Chloe was using magic in public, but now that she’s stopped, Ursula apparently couldn’t care less about her safety. Of course, I know that Ursula and Tom aren’t really that heartless. It’s just poor character continuity at fault, and that concerns me. I’d like to believe this show is capable of better.

This also raises concern over how things will progress from here. While “Vice Versa” is very much an inconsequential story in regards to its effect on the overall series plot, it has a more substantial effect on the characters, particularly Tom and Benny. Each begins to understand what it’s like to be the other and what the other’s life is like. This is not inconsequential, and yet I worry that in the next episode, it will be virtually forgotten. Benny will be back to behaving the same way he always has. His new-found popularity will be gone as if it never existed, and neither he nor Tom will have grown in any way from the experience. I hope I’m wrong, but the worry is there. 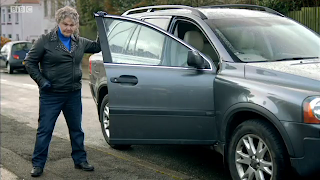 However, as I said above, taken out of context from the rest of the series, “Vice Versa” is an absolutely wonderful episode. The great performances are a large part of what makes it work as well as it does. The principal actors do a very good job of gradually taking on the characteristics of the characters they’ve been swapped with. It makes a nice twist on the typical science-fiction/fantasy body-swap story. Instead of completely switching bodies, the characters simply take on facets of each other, making for some captivating amalgamations. Particular praise should go to Jefferson Hall as Varg, who does an absolutely amazing job of adopting many of Ursula’s characteristics. Annette Badland in a leather jacket is great, too.

I also really like the interplay between the characters in this story, particularly between Varg and Lexi. Their rivalry comes to the fore, but it’s not played over-the-top. Indeed, while the Nekross actors can be prone to being over-the-top in a lot of stories, they keep it toned down here to a believable level. Even the Nekross King seems a little more subdued in this story. (This was true in “100 Wizards” as well. I’m not sure if this is just chance or a deliberate decision to tone the Nekross King down a little. If it is, I think that’s both a good and bad decision. A little less bellowing can be nice, but then, if there’s one actor in this world who does bellowing and overacting really well, it’s Brian Blessed, and no one should ever tone him down.)

As I mentioned above, “Vice Versa” shares a lot of similarities with “Grazlax Attacks” from last series. Both are light-hearted stories that rely on a great deal of comedy, and both rely on puppetry to create the small monsters that form the principal threats of their respective stories. I was rather critical of the puppetry in “Grazlax Attacks”, but it works much better in “Vice Versa”. This could be, in part, just due to a better puppet, but I also think it’s partially due to the fact the the hobbledihois are actual characters with personality. Since they can interact with the human and Nekross cast members, it’s easier to ignore the fact that they are just puppets. The rest of the cast essentially help to give them life. It’s the same interactive aspect that helps make the Nekross King a believable character despite just being a big puppet. 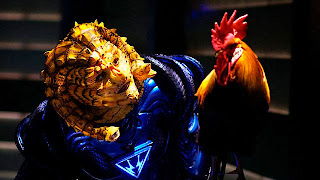 Both stories also rely heavily on comedy, but again, “Vice Versa” does it much better. The jokes come naturally without feeling forced or overdone. Where “Grazlax Attacks” keeps throwing slime at Tom and Benny well past the point where it’s still funny, “Vice Versa” knows when the joke has run its course, such as the repeated appearances of the chickens, which cut out just before they become too much. That said, how exactly did Varg manage to turn the guards who were chasing him into chickens, considering that Nekross are immune to magic? We know that exceptionally powerful magic can overcome their resistance (thus the hobbledihoi’s magic affecting Varg in the first place), but Varg merely has Ursula’s magic, which has never previously been powerful enough to affect Nekross. I love his comment about the obsession with chickens, but the moment did give me pause.

The rhyming is deftly handled, and it’s a clever addition to have the hobbledihois only understand speech that is in rhyme. Tom’s outsmarting the hobbledihoi with orange is perhaps a little obvious (orange is always the word pulled out when people want an un-rhymable word, even though it’s not strictly true that there’s no word that rhymes with it, though I will concede there’s no common word), but I love the way the hobbledihoi initially rhymes circles around Tom by using orange in the middle of lines rather than as the rhyming word.

Despite the comedy, the story also manages some moments of real threat, particularly with the death of the first hobbledihoi. Actual death is pretty rare on Wizards Vs Aliens (it is a kids’ show after all), and when it has happened (Nekross guards thrown to the scorpulous or turned into chickens), we don’t normally see their actual deaths, just the moments leading up to them. We see wizards occasionally drained, but they don’t actually die, just prematurely age. Here we actually watch the hobbledihoi shrivel up and turn to bones and dust. It’s a shocking moment and helps make the Nekross a credible threat, something they frequently fail to be.

I’m very glad to see Jathro getting a story of his own. His character has always been a good contrast to Lexi and Varg—nervous and subdued against their bravado and bluster. I’m curious to see where this leads.

Overall, I really like “Vice Versa”; I’m just rather frustrated by it. If it were the second story of series one, it would probably now be my favourite Wizards Vs Aliens story. Unfortunately, its position following a very significant event without ever acknowledging that event makes it impossible to enjoy it to its full extent. It’s fun, funny, and thoroughly entertaining, but the event of “100 Wizards” hangs over it like a shadow. The producers really need to pay closer attention to the series’ overall progression and continuity. Otherwise, Wizards Vs Aliens will always fall short of the heights it could otherwise achieve.
Posted by Michael Ray Johnson at 10:34

Email ThisBlogThis!Share to TwitterShare to FacebookShare to Pinterest
Labels: Reviews, Wizards Vs Aliens