June Round-Up Plus Doctor Who Gets a New Composer 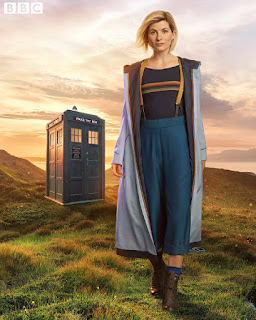 It’s been awhile since I’ve done one of these (see here for an explanation of my absence if you haven’t seen it already), and there’s not a whole lot to cover in the past month. But it does feel good to be getting back into the swing of things again.

Much of my recent stuff has involved getting caught up on things I should have done ages ago, so that means finally getting a review up of the Doctor Who Series 10 finale, “The Doctor Falls”, as well as last December’s Christmas special, “Twice Upon a Time”, featuring David Bradley as the first Doctor and introducing Jodie Whittaker as the thirteenth.

I also began catching up on the large number of Pathfinder products I intend to review, beginning with a return to the Giantslayer Adventure Path with the third instalment, Forge of the Giant God, as well as Adventurer’s Guide.

Pathfinder and Doctor Who have tended to make up the bulk of my posts (and there will continue to be lots of those), but I want to expand into covering more of other things as well. In particular, I’m intending to have a few more reviews of novels, and I started this past month with a review of The Savior’s Champion by Jenna Moreci.

Perhaps most exciting for me, however, is my own novel, which I am currently looking for beta-readers for! The Child of the Volgs is an epic fantasy novel that I have been working on for quite some time, and beta-reading is an important stage in the development of any book. It allows the author (in this case, me) to get feedback from a variety of different people, which the author can then use to help in further revisions. For the beta-readers themselves, it presents an opportunity to see and be involved in the process of creating a book. You can help make the book into the best book it can be! I’ve got several beta-readers already, but I could definitely use more. If you’re interested please check out my Beta-Read page for full details.

Looking to the future, I’ve got a review of the Pathfinder Module The House on Hook Street coming up in the next couple days. I’ll also be getting to more Giantslayer this month and hopefully a few other things as well. There will also be another novel review. With Doctor Who not currently on the air, there won’t be any new reviews (unless I finally mange to get back to finishing my Series 8 reviews), but I do hope to do a couple of Doctor Who-related posts, including a look back at the entirety of the Steven Moffat era of the programme. That might not happen in July (it’ll depend on how much time I have), but it is definitely a goal before Series 11 starts around October (no confirmed start date at this point). Of course, I’ll probably cover any major Doctor Who news that comes out. 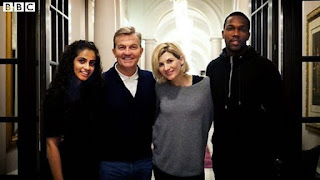 That said, so far, there’s not been a whole lot of news about what to expect in the new series (which I kind of like—it maintains the surprise), but a few things in the year I was gone that I didn’t cover included the actual announcement of Jodie Whittaker as the thirteenth Doctor and then, later, the reveal of her costume (see picture at top of post), which took a brief time to grow on me, but I now really like. There was also the announcement of who would be playing her companions: Bradley Walsh as Graham, Mandip Gill as Yasmin, and Tosin Cole as Ryan. It’s been a long time since the Doctor has had three companions (the last time was during the fifth Doctor’s time with Tegan, Nyssa, and Adric), so I’m very intrigued to see how the series handles the larger TARDIS crew. 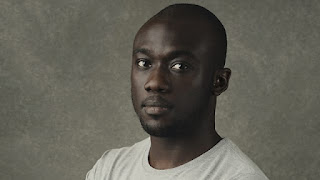 It was also announced some time back that Murray Gold, who has composed the music for Doctor Who since it returned in 2005, would not be returning for Series 11. Just a couple days ago, it was announced that Segun Akinola would be the new composer. I generally liked Murray Gold’s music for the show, but he was there for a long time, and Doctor Who has always thrived on change. With the début of a new Doctor (particularly the first female Doctor), this is as good a time as any to change up the music, and I look forward to hearing what Akinola brings to the series. As far as I’m concerned, there are exciting times ahead for Doctor Who and I look forward to October (or whenever the new series starts).

Anyway, thanks to everyone who reads this blog! Have a great July!
Posted by Michael Ray Johnson at 13:37

Email ThisBlogThis!Share to TwitterShare to FacebookShare to Pinterest
Labels: Books, Doctor Who, Monthly Round-Up, Novels, Pathfinder, Site Updates, The Child of the Volgs, The Will-Breaker