Would You Be My New Best Friends? - Doctor Who Series 11 Trailer 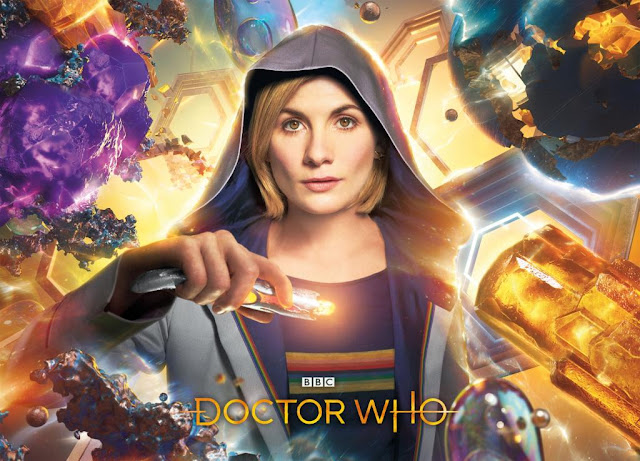 Since “Twice Upon a Time” and the twelfth Doctor’s regeneration into the thirteenth (played by Jodie Whittaker), it has been very quiet on the Doctor Who front—that is, until this week. A few days ago, we got the first teaser for the forthcoming Series 11, and today comes the first full trailer (watch it below) as well as the first peak at the new sonic screwdriver (see above). (Yes, I know a few pictures of the sonic screwdriver leaked at little while back, but this is the first official look.)

The trailer is pretty straight-forward as trailers go, with a succession of short moments from the new series and a narration by the Doctor over the top. There’s less to unpack from this than there was in the teaser from a few days ago, but what this trailer definitely has in spades is a sense of wonder and excitement. The shots and scenery viewed are simply gorgeous. Intriguingly, there isn’t a single look at any monsters or aliens. It focuses on the Doctor and her three new friends, without even a single other character appearing. But that’s okay, as far as I’m concerned. I like the greater secrecy being kept over this series than in previous years. It helps increase the excitement factor. I, for one, can’t wait till it starts!

Oh, and to answer the Doctor’s question, my answer is unequivocally yes!

(Edit: A few other characters do appear in the trailer beyond just the Doctor and her companions. They appear during blink-and-you'll-miss-them moments, but they're there.)
Posted by Michael Ray Johnson at 16:24

Email ThisBlogThis!Share to TwitterShare to FacebookShare to Pinterest
Labels: Doctor Who, Doctor Who Series 11