June Round-Up Plus To Be Takei 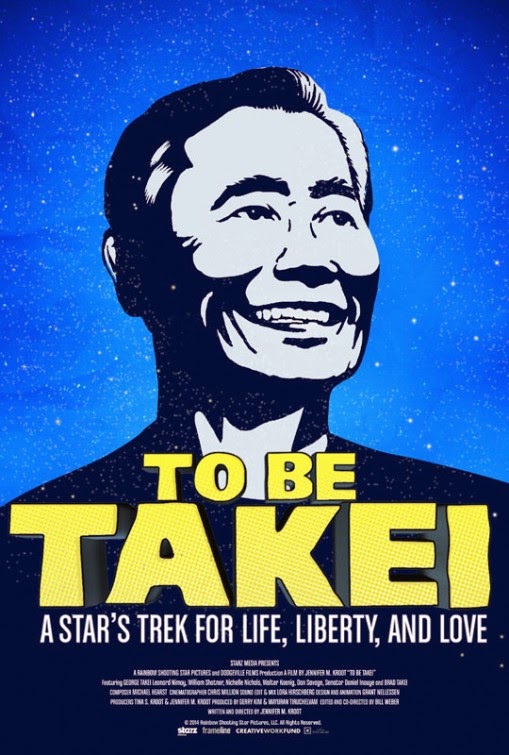 June was a very busy month for me—in the non-virtual, non-internet world, that is. Consequently, it was a very slow month here on Of Dice and Pen. I was only able to get a few things posted, but July looks to be a quiet month, so I envision much more productivity here.

I did, however, get three Pathfinder review posted: Occult Mysteries, Shifting Sands, and Blood of the Elements. Coming soon, you can expect to see reviews of Numeria, Land of Fallen Stars and Secrets of the Sphinx, the fourth part of the Mummy's Mask Adventure Path.

June also saw the final couple episodes of Cosmos: “The World Set Free” and “Unafraid of the Dark”. It's only been a few short weeks, but I already miss seeing new episodes each week and writing about them. As I've said before, I think it's amazing that a science series has gotten such a high-profile showing, and I wish more science and documentary shows could receive the same treatment. Of course, just because they're not high-profile doesn't mean we can't seek them out and watch them. There are lots of options out there, and many very good ones, including Carl Sagan's original Cosmos series.

In the realm of science fiction/fantasy documentaries, here's one about Star Trek actor and LGBTQ icon and activist, George Takei: To Be Takei. I'm really quite excited to see this one, as George Takei is a fascinating and funny man.

But back in the realm of pure science fiction and fantasy, the exciting news is that Doctor Who will be returning on August 23, as reported in this post.


Have a great July everyone!
Posted by Michael Ray Johnson at 22:42