May Round-Up, Dungeons & Dragons 5th Edition, and Doctor Who News

But no matter how busy I get, I always make certain to get some gaming and writing in. Here on the blog, I took a look at several Pathfinder products in May, including the hardcover release, Inner Sea Gods, as well as the Undead Slayer’s Handbook, the very good Alchemy Manual, Empty Graves, Inner Sea Combat, and my favourite of the bunch, The Harrow Handbook. I also got (and still am) very excited over the trailer for Dark Dungeons. 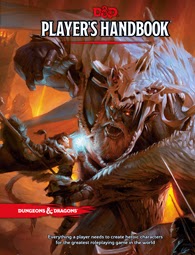 In related gaming news, the new edition of Dungeons & Dragons now has release dates for its initial products, beginning with a Starter Set in July, the Player’s Handbook in August, Monster Manual in September, and Dungeon Master’s Guide in November. A couple of adventures, Hoard of the Dragon Queen and The Rise of Tiamat, both from Kobold Press, are interspersed with the other releases. Similarly to 4th Edition, the new edition is not being marketed as “5th Edition” or “D&D Next” or anything else, but simply as Dungeons & Dragons.

While the release of the new edition is likely to be big news, I’ll be honest and state that I won’t be switching to it, even though D&D was my first ever roleplaying game and I’ve been playing it in some form for over 30 years now. This isn’t because I don’t expect it to be any good. I haven’t actually been keeping much track of news about it, so I have very little idea what to expect from it. It might be good, it might be terrible, or it might be anything in between. However, the fact is, I’m quite happy with Pathfinder at the moment and see no need to change. I’ve also invested a lot of money in Pathfinder and have enough products now that, even if Paizo stopped publishing tomorrow, I’d have enough material to last me for decades yet. New stuff is fun, it’s true. I love getting new stuff. But I’m also not made of money and I have to decide carefully where my money goes. I will likely look at the new D&D in the store and I’m certainly not averse to playing in a game one day (although limited time will make that difficult), but I won’t be running games of it myself. I may well pick up one of the books one day, though, and if I do, I might just post a review.

In non-gaming news, I continue to be super excited about Cosmos, and I was disappointed that it was pre-empted on May 25th, which is why I haven’t posted a response in the last couple weeks. However, over the month I did write responses to 9th, 10th, and 11th episodes, “The Lost Worlds of Planet Earth”, “The Electric Boy”, and “The Immortals”. My review of this week’s episode, “The World Set Free”, will hopefully be up shortly after I get this post up. 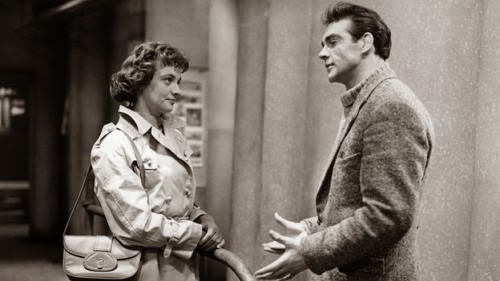 The big Doctor Who news for the month is that the new series will première sometime in August (exact date still to be announced). The BBC released a very, very short teaser trailer for the series, which I mentioned in this post, along with the much more interesting Doctor Who parody production from the Hillywood Show. In the world of missing episode recoveries...no, no more missing episodes have been announced; however, an early recording featuring Jacqueline Hill (who played Barbara, one of the Doctor’s very first companions) has been found. It’s a production of the play Requiem for a Heavyweight, and also features a young Sean Connery from before he became famous as James Bond. You can read more about it on the Doctor Who News Page.

Have a good June, everyone!
Posted by Michael Ray Johnson at 23:09