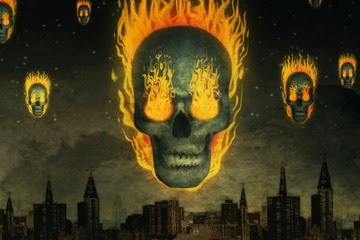 I continue to be awed by Neil deGrasse Tyson’s Cosmos: A Spacetime Odyssey. Each episode just gets better and better, and the third episode, “When Knowledge Conquered Fear” is no exception. Even though I already know most of the information it’s covering, I continue to be entranced by its presentation. And that’s not to say I haven’t learned anything. This episode, in particular, taught me a lot about Edmund Halley and Robert Hooke that I didn’t previously know. What’s more, it continues to be a great introduction to all there is about science and a perfect spiritual successor to Carl Sagan’s original Cosmos. 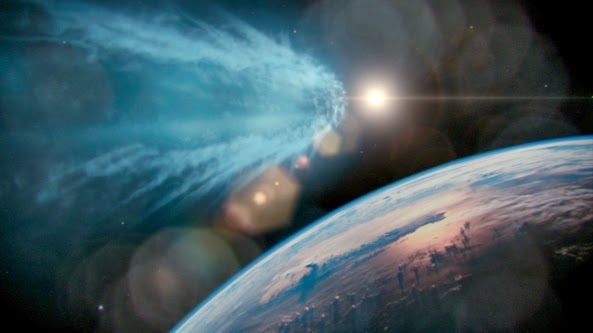 In “When Knowledge Conquered Fear”, Tyson takes a look at the human ability of pattern recognition, both in the ways that it has helped us and hindered us. The episode starts with a discussion of comets and how early civilizations interpreted them as omens of disaster, then moves into the reality of what we know about comets today, taking us on a journey out to the Oort Cloud and introducing us to the not-well-known Jan Oort, whom the Oort Cloud is named after. 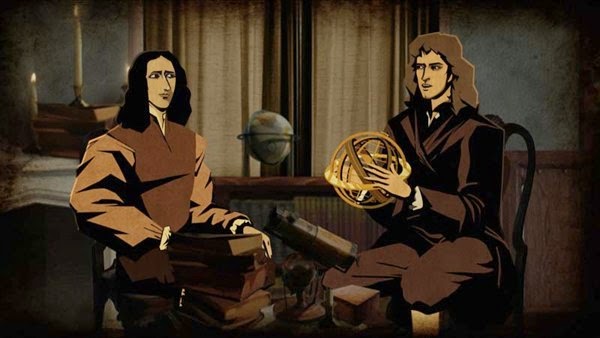 The majority of the episode then focuses on telling the life stories of Edmund Halley and Isaac Newton. Like most of the historical sequences in this series of Cosmos, the story is told through animation and voice actors with Tyson providing interjections and narration. The story is wonderfully conveyed. It is dramatically engaging and very moving with moments of comedy (as my wife said about The History of Fish, “You just can’t make this stuff up.”), while being simultaneously educational. This episode is definitely the perfect vehicle with which to teach students about this pivotal time in the history of scientific advancement.

The overall theme of the episode, of course, is how questioning the world around us and examining the patterns we see has allowed humanity to advance and eventually take us to the moon and beyond. Questioning why things are the way they are allowed Halley, Newton, their contemporaries, and countless scientists who have come after them to figure out how the world and the universe work. Newton’s laws provide a framework for everything from the iconic apple to the stars themselves. Of course, questioning things doesn’t always provide all the answers and sometimes an avenue of investigation can result in no progress. One of the things I like best about this episode is that it doesn’t ignore the mistakes that can be made along the way, such as interpreting comets as portents of disaster or Newton’s obsession with alchemy and finding hidden codes in the Bible. This just shows how people can learn from mistakes and how the mistakes can point us in other directions. As the title implies, this episode really is about how knowledge can set us free from superstition and fear. Once the false patterns are separated from the true, there can be no limit on where understanding can take us and what it can accomplish.

Of course, as some of the reactions to the second episode have shown, some people will see this as an attack on religion, but it really isn’t. It is merely an acknowledgement that there is more to understanding the universe than just stating, “God did it.” Indeed, the episode goes out of its way to point out that Newton was both a scientific genius who created the foundation of modern science, and an extremely religious man—and it doesn’t shame him for his religion. 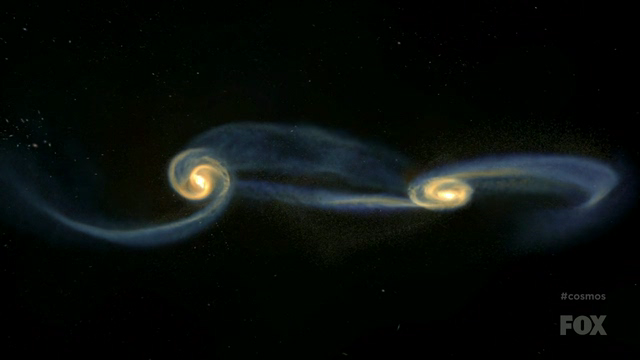 The ending of the episode returns to comets and then to the galaxy and beyond. Newton’s laws of motion and gravity allowed Halley to predict the return of a particular comet (the one that now bears his name) with precision unmatched by soothsayers and prophets. Science has been making similar predictions ever since. The episode concludes with a final “prophecy” for the future. From the laws of motion and gravity, astronomers can predict that in a few billion years, our galaxy and our neighbouring galaxy, Andromeda, will merge in a billion-year light display. We are treated to a stunning computer animation of the merger set to rousing music. Honestly, this sequence left me with tears in my eyes, both from its beauty and its message.

I wish there were more shows like Cosmos. If there were, maybe more people would take a greater interest in science. Even if they don’t go on to become scientists themselves, they would have a greater understanding of science and greater knowledge, and as this episode wonderfully points out, knowledge will conquer fear. The world might just be a little better for it.
Posted by Michael Ray Johnson at 23:01