In 1980, PBS broadcast Cosmos. The 13-episode series was hosted by Carl Sagan, who was also one of the principal writers. The series went on to become one of the most widely viewed and most influential science programmes ever. It inspired a generation of people to learn about the universe and our place within it. No doubt it inspired many to go on to become scientists themselves and to help add to the sum total of human knowledge.

I, personally, didn’t see it when it originally aired. I don’t quite remember when I saw it for the first time, but it was quite a few years later. By that time, I was already highly interested in astronomy and cosmology, and it pretty much cemented my desire to continue in that direction. Of course, I ended up going in a different direction once I hit university, but I never lost my interest in the stars and Cosmos remains one of my favourite science programmes.

Although the original Cosmos series is still very relevant today—perhaps remarkably so given that over 33 years have passed since it first aired—science has advanced in that time and parts of it are out of date. But now, there’s a new Cosmos. Cosmos: A Spacetime Odyssey began airing last Sunday. Hosted by Neil deGrasse Tyson, this new series updates the old for a new generation of viewers, educating us once more about our place in the universe. But it’s not just for new viewers. While it covers much of the same material as Sagan’s Cosmos, it also has much that is new, making it just as compelling viewing for people who have already seen the original. And naturally, the new series has been made with modern special effects, making it a spectacle for the eyes as well. 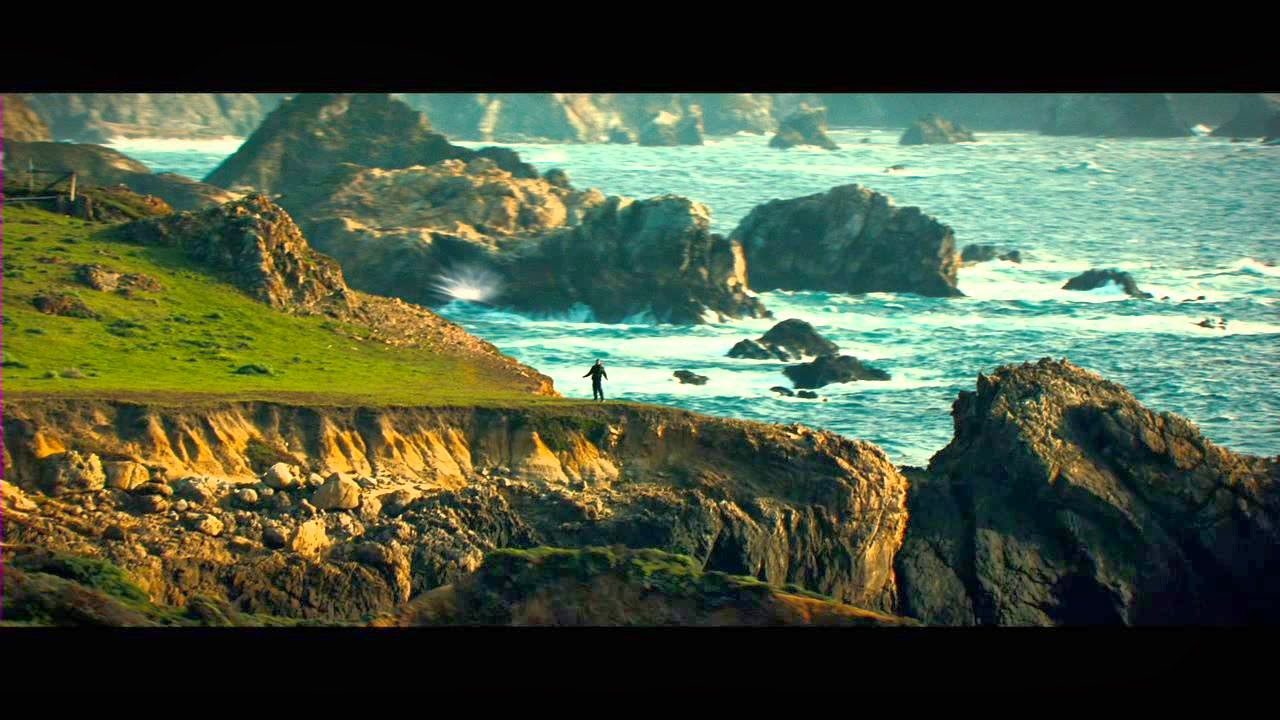 Cosmos is truly a visual masterpiece. Through a combined use of location filming (including the same cliff-side Carl Sagan filmed the original series at), CGI, and animation, the show provides sweeping vistas of the Earth and space that draw the viewers in and never let them go. At times, the first episode is almost like watching a science fiction space opera as the Spaceship of the Imagination soars through the galaxy and beyond. Yet while their eyes are being bedazzled, the viewers are learning real science, which in many ways makes this much better than any space opera could hope to be. The computer-animators do take a few liberties, leading to some minor inaccuracies, such as sound in space. And the journey through the asteroid and Kuiper belts looks like the Millennium Falcon flying through the asteroids in The Empire Strikes Back despite Tyson’s narration stating clearly that the bodies in the Kuiper Belt are farther apart from each other than Earth and Saturn. However, I’m willing to forgive it these infractions if they help to get people interested in science and learning about the universe. 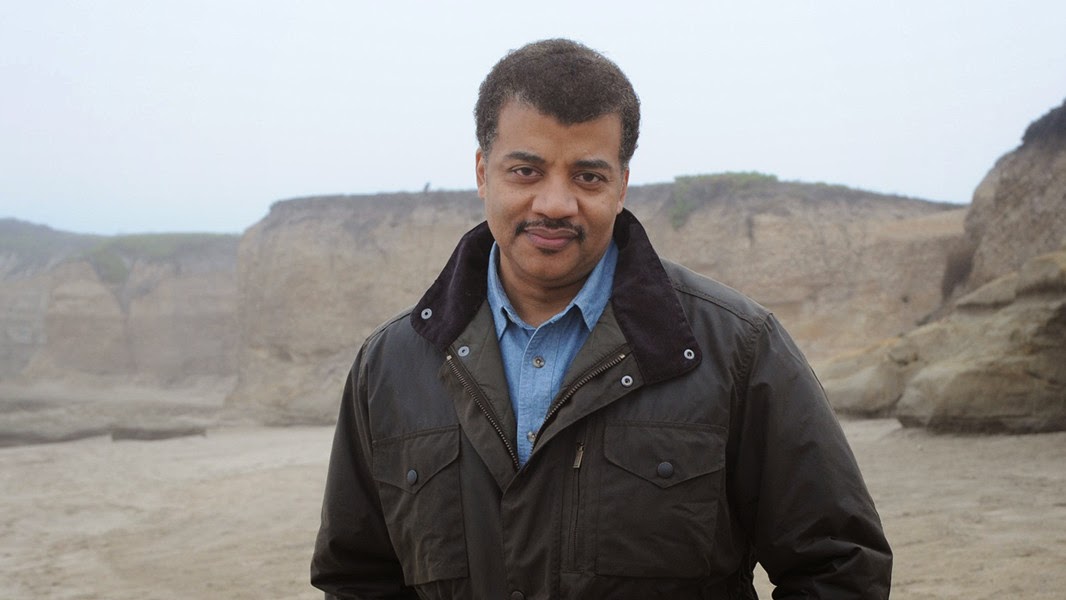 Neil deGrasse Tyson’s narration is clear and accessible. He presents the material in a way easily understandable to people with little knowledge of the topic, but also interesting and gripping enough to hold the attention of viewers already familiar with some or all of it. Naturally, he has a different style to Carl Sagan, from voice timbre to camera presence, but this is in no way a bad thing. Indeed, it’s a further way to make this Cosmos fresh and appealing to viewers of the old series. Tyson is definitely a worthy successor to Sagan.

The first episode, entitled “Standing Up in the Milky Way” begins with a look at humanity’s cosmic address. Much like the opening of the original Cosmos, it takes viewers on a journey through the solar system, out into the Milky Way galaxy, then to the Local Group, and farther out still to the edges of the observable universe, and even beyond. It then returns to Earth to look at how humanity first began its journey out to the stars. While the original Cosmos turned to the Library of Alexandria, here we turn to 16th-century Europe and the philosopher Giordano Bruno. Living at a time when scripture dictated that Earth was the centre of the universe, Bruno championed a larger vision of the universe, in which Earth was only a small and minor part. He was eventually burned at the stake for his crimes, but his ideas, along with those of Copernicus before him and Galileo after him helped guide the formation of modern science. 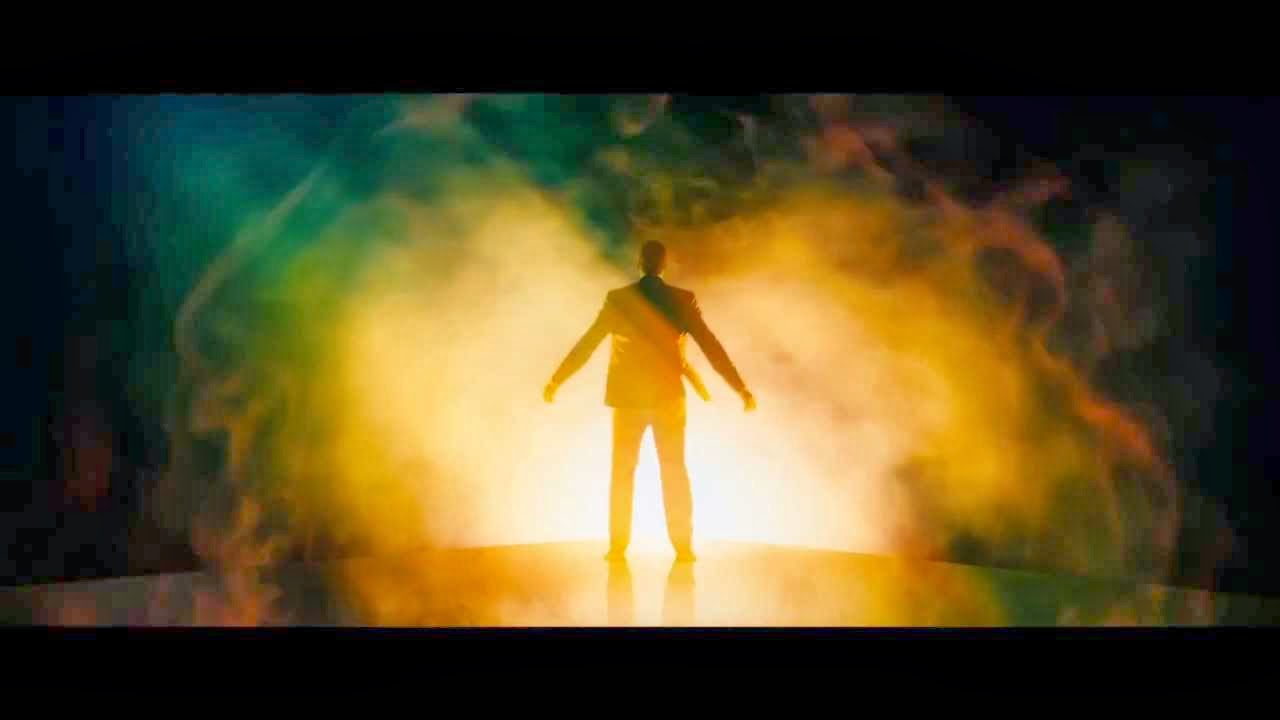 “Standing Up in the Milky Way” then provides us with a brief history of the entire universe, condensed down to the scale of Carl Sagan’s cosmic calendar, in which the entirety of recorded human history is in the last few seconds of December 31st. “Feeling small?” Tyson asks at the end of the earlier journey through the universe, but to be honest, this time scale makes me feel far, far smaller still. It’s truly awe-inspiring.

The episode ends with a wonderful tribute to Carl Sagan himself. Along with details of Sagan’s life, Tyson also provides a heartfelt personal reflection on first meeting Sagan in 1975 when Tyson was 17 years old and dreaming of becoming a scientist.

Cosmos: A Spacetime Odyssey is off to a brilliant start in its first episode, and I can’t wait to see what the remaining twelve have in store.
Posted by Michael Ray Johnson at 11:33