My earliest memory of Doctor Who is seeing an episode with the Fourth Doctor (Tom Baker) and Sarah Jane Smith (Elisabeth Sladen) up against the Daleks. This was several years before I became hooked on the show and began watching it religiously. It was at a time when Doctor Who terrified me and gave me nightmares. I remember seeing the Doctor tied up on a table being interrogated by the Daleks. I remember seeing the Daleks exterminate a man who had betrayed them, and most terrifying of all, I remember an army of Daleks coming out from under a bridge to exterminate everyone. 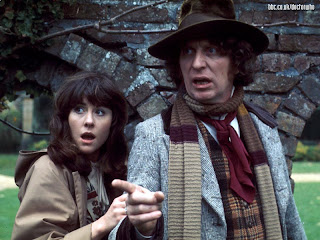 I often saw snippets of episodes, as my mom watched the show every week. They always scared me, so I never really sat down to watch whole episodes. Nevertheless, there was always something about the show that intrigued me, and the Doctor and Sarah Jane Smith became prominent figures in my mind. Eventually, I saw episode 2 of “Full Circle” and I was hooked for life. Of course, by that time, the companion was the second Romana, and Sarah Jane Smith was long gone. Still, Sarah Jane had formed a huge impression on me over the years. To me, she was part of what made the show Doctor Who.
Now that I was hooked, I simply had to find out more about the programme I had been missing all those years. I began voraciously reading the novelizations of the episodes, and would frequently discover moments I remembered seeing on television. Naturally, I was curious about my earliest memory. I quickly discovered that there was only one Dalek story with the Fourth Doctor and Sarah Jane: “Genesis of the Daleks”. I found a copy of the novelization in the library, read it, and was surprised to find that it didn’t really fit my memory. Now, the old Target novelizations sometimes deviated a bit from the TV episodes. They were often condensed considerably, so I thought that maybe the book had just handled the scenes from my memory differently than the episode had. I wasn’t fully convinced of that, though, so I tried double-checking that there wasn’t another Dalek story that could fit my memories. Sarah Jane had been in the Third Doctor story, “Death to the Daleks”, so I considered the possibility that that was the one I remembered. I really didn’t think it likely because Tom Baker was so clearly in my memories of the story in question. Nonetheless, I read the novelization of “Death to the Daleks”. It didn’t fit. 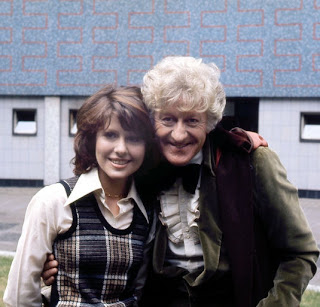 Eventually, Doctor Who started to come out on VHS tape. Around the same time, the Canadian television station, YTV began broadcasting Doctor Who starting with the First Doctor, William Hartnell, and slowly going through the whole series. Naturally, I started buying the tapes and watching the early episodes in earnest. By this time, I wasn’t trying to search out my old memories of the show anymore (although I was looking forward to seeing things I recognized). I was just interested in seeing old Doctor Who episodes that I had never seen before. One day, a friend of mine acquired “Day of the Daleks” on VHS and came over to my place so we could watch it together. And there they were: the scenes I so vividly remembered with Tom Baker and Elisabeth Sladen as the Fourth Doctor and Sarah Jane Smith. Except...er...they were Jon Pertwee and Katy Manning as the Third Doctor and Jo Grant. I was stunned. Sometime over the years, Tom Baker and Elisabeth Sladen had supplanted themselves in my memories of that story. Even to this day, I still have those incorrect memories. Oh, I’ve seen the story a few times now and can remember it correctly, with the correct characters and actors, but I also retain those completely wrong memories. Tom Baker and Elisabeth Sladen simply had that much impact on my early life. Memory’s a funny thing. 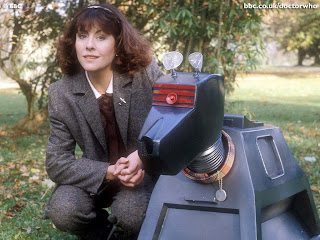 Of course, I wasn’t the only one to be deeply affected by Sarah Jane Smith. Fandom as a whole and the show itself had clearly been affected by her presence. When John Nathan-Turner decided to create the spin-off series, K-9 and Company, he needed a human character to lead the show alongside its robotic star. Who did he go to? Elisabeth Sladen as Sarah Jane Smith. Alas, the show did not survive beyond the pilot episode (which really is rather mediocre), but Sarah Jane Smith was back again a couple years later for the twentieth-anniversary story, “The Five Doctors”. In the 90’s, she was back again in Downtime, the direct-to-video spin-off from Reeltime Pictures. In an interview, Elisabeth Sladen once said, “I left Sarah Jane a great many years ago, but she never left me.” In much the same way, Sarah Jane left the show in the mid-70’s, but the show never really left her. When the BBC revived Doctor Who, Russell T Davies brought her back yet again in the 2006 story, “School Reunion”, and she instantly found her way into the hearts of a whole new generation of fans. Doctor Who was now a runaway hit, and Torchwood was a hit spin-off series, but the BBC was also looking for more. Since Doctor Who was aimed at a family audience and Torchwood at an adult audience, the next target was a child audience. And so, The Sarah Jane Adventures was born. It was a true delight. Although aimed at children and aired on the CBBC, it was written with such intelligence and such heart that adults could enjoy it just as much as the children. It, too, was an instant hit, and went on to have four full seasons. There were cameo appearances by the Brigadier and Jo Grant, both the Tenth and Eleventh Doctors, and several Doctor Who monsters like the Slitheen and the Sontarans. Sarah Jane even reappeared a couple times on Doctor Who itself. They were in the middle of filming the fifth season of The Sarah Jane Adventures at the time of Elisabeth Sladen’s shocking death. 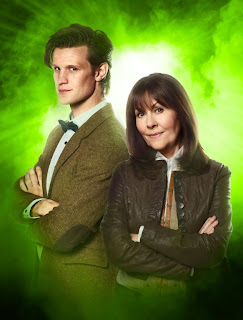