9 Missing Doctor Who Episodes Are No Longer Missing 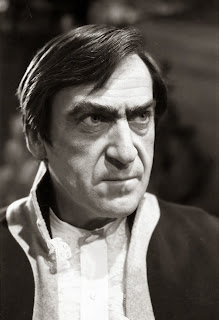 Well, it has now been confirmed. Although news came out earlier this week that “a number” of missing Doctor Who episodes had been found and returned to the BBC, exactly how many and what those episodes were was not officially revealed until yesterday (although some people had a pretty good idea—see my post from Tuesday). The BBC held a press conference yesterday, attended by new series writer Mark Gatiss, and second Doctor companions Frazer Hines (Jamie) and Deborah Watling (Victoria). Details of the conference were embargoed until midnight U.K. time; however, many of those details began to leak out before that time.

It is with great happiness that I can now say that episodes 1, 2, 4, 5, and 6 of “The Enemy of the World”, along with episodes 2, 4, 5, and 6 of “The Web of Fear” are no longer missing! Episodes 3 of “Enemy” and 1 of “Web” already existed in the BBC archives, meaning that “The Enemy of the World” is now complete. “The Web of Fear” is now nearly complete, missing only episode 3 (unfortunately, the episode that has Nicholas Courtney’s first-ever appearance as Colonel Alistair Gordon Lethbridge-Stewart). The episodes were found by Philip Morris, director of Television International Enterprises Archive (T.I.E.A.), which has been conducting an extensive search of television stations across Africa. He found the episodes (along with two other already existing episodes) in Jos, Nigeria. This find is one of the largest individual finds of missing Doctor Who episodes ever, and brings the total number of missing episodes down to 97. Also, for the first time in decades, more than half of Patrick Troughton’s episodes now remain. Rumours persist of further episodes having been found as well, but if true, the BBC and Philip Morris are remaining quiet about them. 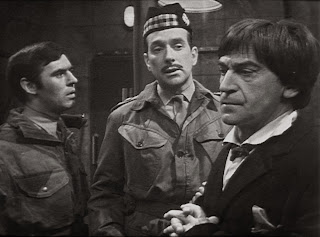 The BBC has made all nine of these episodes available for download on iTunes, along with the existing episodes and a special reconstruction of the third episode of “Web”, using still photos and the existing soundtrack. “Enemy” will be out on DVD in the U.K. on November 22, while “Web” will be out in early 2014 (according to Amazon UK in February). There is no word yet on North American DVD releases; however, they will undoubtedly be along in due time.

While the iTunes downloads are definitely available in the U.K., U.S.A., and Canada, this is apparently not the case everywhere. Some countries (such as New Zealand) are not able to access them. It’s also a bit disappointing that the downloads are limited to iTunes and cannot be downloaded with different platforms. Linux users (such as myself), for example, cannot easily use iTunes as there is not a Linux-compatible version (although programs such as WINE can help solve this problem). Some of those unable to use iTunes may turn to other, more illicit, means of acquiring the episodes, losing BBC Worldwide money they might have otherwise made. Still, the downloads have hit both the number one and number two positions on the British iTunes charts, so they’re probably not hurting all that bad.

At any rate, this is a great time to be a fan of classic Doctor Who. We can now watch episodes that no one’s been able to see for 45 years. I am utterly overjoyed!

The BBC News article on the find can be found at this link. Also, here are the trailers for the recovered episodes:

Posted by Michael Ray Johnson at 11:55

Email ThisBlogThis!Share to TwitterShare to FacebookShare to Pinterest
Labels: Doctor Who, Doctor Who 50th