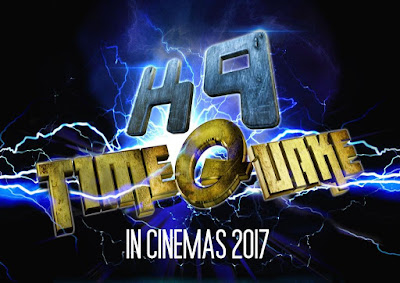 It has now been exactly one month since I got things back up and running on Of Dice and Pen, and things have been going pretty well. I've actually had one of my most prolific months—which is good, considering I have a lot of catching up to do.

Talking of catching up, I've been developing a plan to get me through the high volume of Pathfinder material waiting for me. If everything works out, I hope to have myself fully caught up in about... 13 months. It's a long time, but considering I have about a year's worth of material to get through and there will be another year's worth of material released while I'm doing it all, another 13 months seems reasonable. As I mentioned a month ago, I plan to move about in the release schedule a bit, mixing up earlier and more recent releases. However, I will go through Pathfinder Adventure Path volumes in order.

In October, I got off to a good start, with reviews of the Strategy Guide and Monster Codex hardcovers, two excellent books (check out the links if you haven't already read the reviews). Other Pathfinder reviews were of People of the Stars, Inner Sea Monster Codex, Advanced Class Origins, and Iron Gods—Fires of Creation. I also wrote a review of the Pathfinder Compatible product, Monk Unfettered. Due to time and money issues, I don't get the opportunity to read and review very many 3rd-party Pathfinder books (my only other review of such a product was Random Urban Encounters in February 2013), so it was nice to do so this month. I hope to do more in the future as there are a lot of very good options out there. Pathfinder reviews coming up soon will include Occult Adventures, Occult Origins, and the second part of Iron Gods, Lords of Rust. I had actually intended to have the first two of those out already (meaning that, technically, my schedule has already fallen a bit behind). They should be up in the next couple of days. I also intend to get to a few non-Pathfinder roleplaying reviews in the next month or two, including the Doctor Who: Adventures in Time and Space Limited Edition Rulebook (published for the 50th anniversary).

Of course, Doctor Who returned to screens this month! Yay! I have reviews of the first six episodes: “The Magician's Apprentice”, “The Witch's Familiar”, “Under the Lake”, “Before the Flood”, “The Girl Who Died”, and “The Woman Who Lived”. Check them out if you haven't already. I'll have a review of this week's seventh episode, “The Zygon Invasion”, up in a couple of days. Regarding the remaining episodes of Series 8 that I still need to review, I will get to them after Series 9 has finished.

Earlier this month, the BBC announced news of a new Doctor Who spin-off series, called Class. See the link for my initial thoughts on that. More recently, news has come of a possible Doctor Who-related movie: K9—Time Quake. This is not a BBC production or something being made through license with the BBC, but rather through one of K9's co-creators, Bob Baker. This means that, like the Australian TV series K9, it won't be able to directly reference Doctor Who. However, it will also feature the return of Omega (from the Doctor Who stories, “The Three Doctors” and “Arc of Infinity”). Bob Baker is also co-creator of Omega, meaning, like K9, he retains some rights to the character. 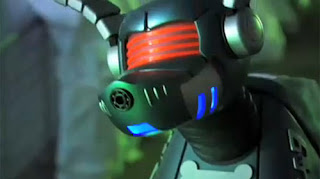 I have my reservations about this movie. The Australian TV series was not very good (see this post for my more detailed thoughts on it), and while this movie may only be superficially related to the series, it doesn't give me high hopes. But also, part of the problem of the series was that K9 really doesn't work as a lead character. It's why even K9 and Company, a show named after the robot dog, was really going to be a series about Sarah Jane Smith with K9 as her sidekick. The later Sarah Jane Adventures also kept K9 as a side character and not a major focus. This is really what K9 ought to be. I just don't think K9 has what it takes to be the lead of a full movie.

All that said, that makes two Doctor Who-related announcements this month that I'm rather wary of, and it's a bit of an odd feeling. I remember well the wilderness years of 1990-2005, when there was only one new official filmed Doctor Who production. Back then, the news of any spin-off—K9, Class, whatever—would have had me and other Doctor Who fans jumping for joy. How times have changed. 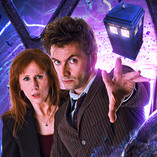 So, for some exciting news to end off with this month, David Tennant and Catherine Tate are returning to Doctor Who! Not in the television series (although they featured in a flashback sequence in “The Girl Who Died”), but in Big Finish's ongoing series of audio adventures. For the longest time, Big Finish was limited to only Doctor Who from 1996 and earlier. But recently, they've acquired the rights to several new series characters, such as Kate Stewart and John Hurt's War Doctor. Now the tenth Doctor and Donna have been added to the list. I'm pretty excited! Now, I just have to find the means to afford to actually buy some. Sigh.

Anyway, it's been great to be back this month, and I look forward to great times to come! Thanks to everyone for your continued reading!
Posted by Michael Ray Johnson at 22:43