Doctor Who - The Zygon Inversion 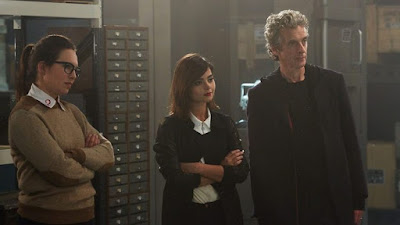 Click here to read my review of “The Zygon Invasion”, the first part of this two-part story.

For the most part, it inverts them in a good way, too, for this is a strong story with a powerful message at its core, and, in one scene in particular, Peter Capaldi gives one of the most amazing performances of any Doctor ever. The story is not without its flaws. Indeed, there are quite a lot of them, but its good points are strong enough that those flaws are not very noticeable unless you take the time to analyse what is going on (admittedly, something that I just can't help but do). 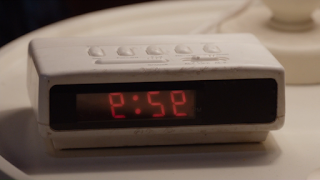 “The Zygon Inversion” lives up to its title in quite a few ways. Right from the opening, we get the inverted clock reading, and we see Bonnie's attack on the Doctor from a different perspective—Clara's. Dream worlds have been a rather common theme in Steven Moffat's Doctor Who (and it's interesting to note that while “The Zygon Invasion” was written by Peter Harness, “Inversion” is credited to both Harness and Moffat). Companions seem to get stuck in them regularly, from Donna in “The Forest of the Dead” to Clara's counterpart Oswin in “Asylum of the Daleks” (to name just a couple instances). I might be inclined to argue that it's an overused trope, but it works quite well here to set up the contrast with the previous episodes—and it gives Clara something to do in a story that she's otherwise been sidelined in.

But we see more of these inversions, too. There's the unfortunate Zygon who just wants to live his life in peace, but is forced to assume his real form by Bonnie. And of course, there's Bonnie herself, new leader of the Zygons and starter of the revolution, who has a change of heart and becomes one of the guardians of the status quo. At its heart, this is a story all about different perspectives, and seeing things from a different point of view.

It's also a story about peace. About laying down the weapons and talking out our differences. About forgiveness and resisting the urge to take revenge and kill. “Why must peacekeeping always involve killing?” the Doctor asks after Kate kills two Zygons. It's a powerful thought. Why, indeed? This story sets out to prove that peacekeeping doesn't have to involve killing after all. 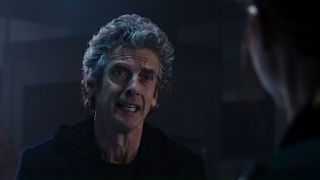 Few other shows would end a story the way this one does. It again inverts our expectations. Where we might have expected some sort of action-packed conclusion, the problem is actually resolved through words and words alone. The Doctor's speech is unbelievably heartfelt and emotional; Peter Capaldi demonstrates just how good an actor he is with what is definitely his most amazing performance as the Doctor so far. When he speaks of the atrocities of war—of the death and destruction—we see in his eyes a person who has seen those things, who knows them first-hand. The scene gives me goosebumps and brings me to tears each time I see it. 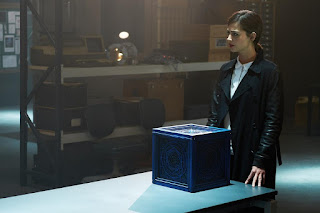 Some people might see Bonnie's change of heart as unrealistic and too idealistic. That's not how the real world works, they might say. I will admit that I do wish we'd learnt a bit more about Bonnie's character—who she is beyond just the leader of the revolution who tries to kill everyone until she changes her mind. Poor character development is a flaw in both “The Zygon Invasion” and “The Zygon Inversion”. We might understand Bonnie's change of heart a little better if we understood as a person better. However, to completely dismiss this as unrealistic misses the point. As the Doctor says, in the end, every conflict is resolved by talking (unless, I suppose, one side completely conquers or exterminates the other). No matter how much bloodshed comes first, eventually someone has to stop and offer to talk. Why not just skip the bloodshed and jump to the talking?

And let's not forget, too, that it apparently takes the Doctor fifteen attempts to resolve this situation through words. Presumably, during the other occasions, either Bonnie or Kate pushes one of the buttons, discovers the Osgood Boxes are empty, and the Doctor has to erase their memories and start again. But each time, he can adjust his approach so that eventually gets through to both of them.

(As an aside, I have also seen some people interpret the “fifteen times” comment to mean that there have been fifteen previous revolutions, rather than just fifteen attempts at negotiation. I don't see it this way at all, although the comment out of context is admittedly ambiguous. There's no way the Doctor wiping the memories of fifteen previous revolutions would actually do any good unless he also managed to wipe the memories of every surviving UNIT soldier and every person in the world who lost family members. That just doesn't seem probable to me.

Of course, there's also a third option: the Doctor wasn't serious. After all, the Doctor lies.) 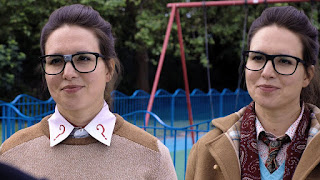 As beautiful as the resolution is, and as much as I love the primary message of peace, there is one thing about this that does sit uncomfortably with me. There seems to be a secondary message hidden underneath the primary one: In order for immigrants and non-immigrants to live in peace, the immigrants must blend in perfectly. They must fully assimilate into the host culture and give up their original way of life. This might be unintentional. Considering that the seemingly blatant abortion allegory in Peter Harness's “Kill the Moon” was apparently unintentional, I can see how this might be unintentional too. Nevertheless, “Inversion” almost entirely ignores the motivations for the rebel Zygons established in “Invasion”—that of wanting to live as themselves. When the Doctor asks what Bonnie wants, she says, “War,” rather than, “To be myself.” In the end, she becomes an Osgood (blending in perfectly) and helps to protect the ceasefire by making sure all the Zygons continue to be indistinguishable from humans.

I don't like that message at all. Peace is beautiful, but I believe strongly that two cultures can live in peace while continuing to be themselves. Considering that this episode seems to otherwise drop the broader themes of immigration explored in the previous episode in favour of its war-and-peace theme, I do hope this is an unintentional message caused by not tying up all the loose ends.

And really, there are quite a few loose ends in “The Zygon Inversion”. I'm really not sure how deleting Kate's memories at the end helps maintain the ceasefire. She goes into the negotiations wanting to use Sullivan's Gas to wipe out all the Zygons. She has a change of heart too, so erasing her memories will erase her change of heart. Without that change of heart, is she really going to accept the rebel Zygons standing down without any kind of punishment? At the very least, she'll want to know why. (As an aside, I'd like to believe that, since there's no gas in the box, this also means Sullivan's Gas never existed in the first place and the Doctor just made the story up and tricked UNIT into thinking it was real. I've always been fond of Harry Sullivan and don't want to believe he'd create such a horrible weapon.) 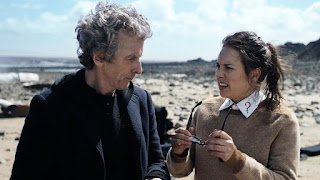 There are also all those kidnapped people in cocoons under London. Are they all going to get their memories wiped, too? There's the town of Truth or Consequences, which is pretty much forgotten about in this episode (and Kate manages to get back from incredibly fast). And what about the crew of the Doctor's plane? Did they manage to escape too, or did they die? It seems likely they died (we didn't see any other parachutes), but neither the Doctor nor Osgood seem to care either way.

Also, why did the Doctor label the buttons in the Osgood Boxes with “Truth” and “Consequences”? Did he somehow know in advance that some Zygons would move to the town of Truth or Consequences and then rebel Zygons would adopt that as their slogan?

I pondered last week whether Kate and UNIT were working to some sort of plan—thus her going to Truth or Consequences without any apparent backup. Well, it turns out she wasn't and she really did go alone. This story seems to treat UNIT as a British organization that operates internationally, rather than an international organisation with divisions all around the world. It's a misconception I've encountered from people who have seen Doctor Who, but are not regular watchers. With this story, I can fully understand how they might get that impression. 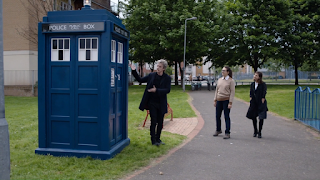 I commented earlier that the character development in this story is not that great (true of both episodes). However, one exception to that is Osgood, who really grows into her own character here. Osgood began as little more than a stereotype (albeit a likeable one)—a stand-in for fandom, in general—but in this story, we start to get a clearer view of who she is as a person. She grows beyond just a “fangirl” and becomes somebody with wider goals. I found myself hoping she would say yes to the Doctor's invitation to travel with him, but her refusal makes sense, and through it, we see her sense of duty. And I am glad that the mystery of which Osgood was killed by Missy and which survived remains unresolved (and they both use an inhaler at the end, nicely removing the possibility that the inhaler might indicate who's human). We do learn her first name, though! Unless, of course, she was lying in response to the Doctor's obvious lie about his own name. That's always a possibility.

When I look at both “The Zygon Invasion” and “The Zygon Inversion” together as a single story, I see a story that works well overall. It's engaging, thrilling at points, and surprising at others. Numerous aspects of both episodes don't really hold together very well when analysed closely, but they're relatively easy to look past as they are overshadowed by a beautiful and powerful message of peace: It's time to stop the killing and all just get along for a change.
Posted by Michael Ray Johnson at 17:00

Email ThisBlogThis!Share to TwitterShare to FacebookShare to Pinterest
Labels: Doctor Who, Doctor Who Series 9, Reviews