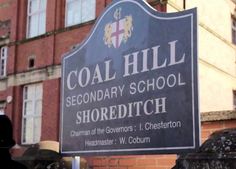 This past Thursday, the BBC made a big announcement. Well, first they announced that they were going to make a big announcement about Doctor Who later in the day in order to get fans speculating. Naturally, there was quite a bit of speculation, ranging from the next companion to the find of more missing episodes and more. Then the announcement itself came, and I admit I was amongst many who felt the announcement was not quite as big as it was made out to be.

Class is a YA series set in contemporary London. Incredible dangers are breaking through the walls of time and space, and with darkness coming, London is unprotected. With all the action, heart and adrenalin of the best YA fiction (Buffy the Vampire Slayer, The Hunger Games), this is Coal Hill School and Doctor Who like you’ve never seen them before.

The 8-episode series is being developed by YA author Patrick Ness (Chaos Walking trilogy and A Monster Calls), and it involves the students at Coal Hill School, the school where the Doctor's granddaughter, Susan attended and his first two companions, Barbara and Ian taught, the same school where Clara now teaches.

I suspect many fans thought that if there were to ever be another Doctor Who spin-off, it would involve Madame Vastra, Jenny, and Strax. I'm not personally fond of those characters, but a lot of people are and it would make sense for them to helm a new series. Previous spin-offs (The Sarah Jane Adventures, Torchwood) have followed well-loved characters from the show on their own adventures. The only thing this series will have linking it to its parent show is the school. It is conceivably possible that Clara will make an appearance or two in Class, but as the announcement doesn't mention her, it seems that she will not have a major role. Instead, Class will focus on the students of the school. Yet so far, the only student at Coal Hill School that we've gotten to know is Courtney Woods, who played prominent roles in “The Caretaker” and “Kill the Moon” in Series 8 (and appeared briefly a couple other times). The other students have been mostly background characters (except for some in “In the Forest of the Night” who never appear in any other episode). As such, the students of Coal Hill School seem an odd choice to build a spin-off series around as there's not a lot of connection to Doctor Who to bring in the Doctor Who fans. It makes me wonder if this is truly a Doctor Who spin-off or if the BBC is simply appending the brand name of Doctor Who to it in the hopes of luring in a larger audience.

I suppose if they are, it will probably work. There will be people (probably including myself) who will tune in simply because the name Doctor Who has been associated with it. But will they stick around? That depends on whether the show is any good (I've never read any Patrick Ness, so I really have no idea what to expect). I sincerely hope it is.
Posted by Michael Ray Johnson at 21:24

Email ThisBlogThis!Share to TwitterShare to FacebookShare to Pinterest
Labels: Class, Doctor Who