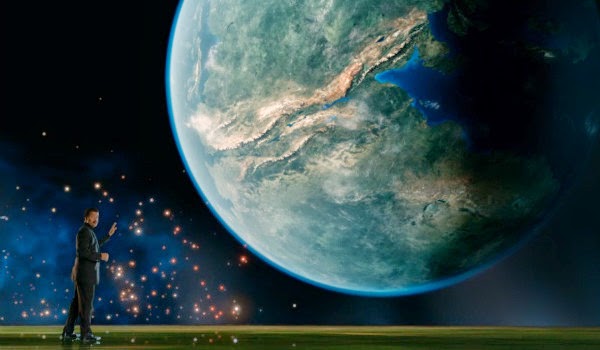 Change is an immutable part of life. As we go through our lives, we see change all the time, from changing fads and fashions to changing technologies. Some of it is quick and some of it is more gradual, but we can’t fail to notice that it’s there. Yet there is some change that is harder to spot, even invisible to an individual. We tend to think of our lives as being quite lengthy. Some of us even manage to live past a century. Yet, compared to the age of the Earth, even a century is but a tiny fragment of time, a mere blip out of billions of years. As such, we tend to think of the world as a stable environment. Sure, the weather may change from day to day and the seasons cycle through the years, but the overall patterns remain the same—reliable and unchanging. But if we could view time through a wider lens and see it over thousands and millions of years, we would see just how much change it goes through. Species evolve and die off. The climate changes. Ice ages come and go. Levels of oxygen and carbon dioxide in the atmosphere change. The world we live in is not the same world that existed in the distant past.

The ninth episode of Cosmos, “The Lost Worlds of Planet Earth” takes us on a journey through the long lifetime of our world and gives us brief glimpses of the many worlds Earth has been over its long life. In doing so, we learn of the mechanisms that influence and guide climate change, along with the catastrophes that can sometimes happen as a result. It’s an episode that is particularly relevant to us today, as we live in a world in which those slow, invisible changes are starting to become visible. Climate change is happening at an unprecedented rate, due in no small part to ourselves. 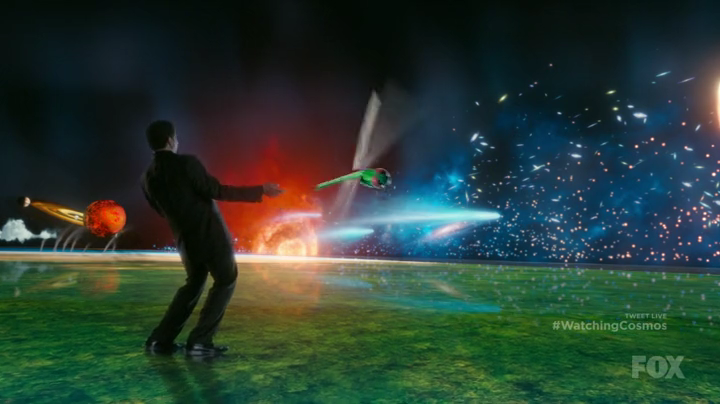 For me personally, this is one of the most educational episodes of Cosmos so far, as it covers several periods of Earth’s history I was previously unfamiliar with, starting with the Carboniferous era, approximately 300 million years ago. This was the time when trees first evolved. They developed a substance called lignin that was both strong and flexible and allowed them to grow tall over top of the other plants of the world. However, lignin was also indigestible to the bacteria and fungi of the time. As such, when the trees died, they didn’t decay. Instead, they became buried under the ground as the millennia passed. Without their decay, their carbon was not returned to the air to balance out the oxygen the trees created while alive. This meant that oxygen levels rose higher than they have ever been during any other period on Earth, leading to the evolution of unbelievably large insects. Indeed, my first instinctive reaction to the computer animation of those insects was that it had to be an exaggeration. It’s not.


As the aeons passed, the Carboniferous period became the Permian, and the Permian ended with the greatest disaster to ever befall life on this planet. Volcanic eruptions brought to the surface all that carbon buried away during the Carboniferous period. The climate was drastically altered and nine in ten species were wiped out. It is the closest that life on Earth has come to total annihilation. And ultimately, it was all caused by the life that lived here. 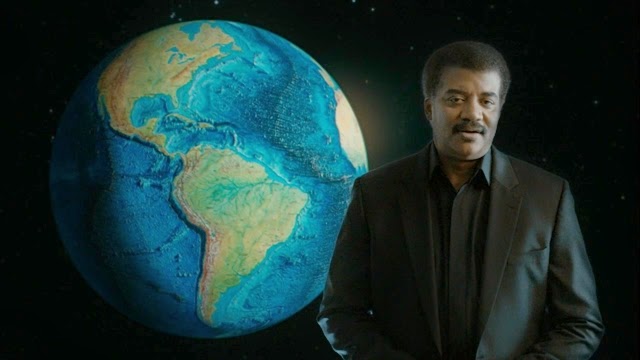 The episode goes on to describe how the Earth has changed in ways other than just the atmosphere and the creatures that live on it. The surface of the world has changed as well. We learn about continental drift and how the continents were once connected as a single super-continent that, in the early twentieth century, Alfred Wegener named Pangea. Wegener’s belief in continental drift went against the prevailing belief that land bridges across the Atlantic had once connected the Americas to Europe and Africa. He was a laughing stock at the time, and eventually disappeared in Antarctica trying to find proof of his beliefs. Years later, Marie Tharp and Bruce C. Heezen discovered the Mid-Atlantic Ridge, supplying evidence at last for plate tectonics and supplying the first ever map of the ocean floor. Host Neil deGrasse Tyson goes on to explain about the core and mantle of the Earth and how tectonics works. (As an aside, I’m glad to see the mention of another woman scientist, helping to alleviate my worries that “Sisters of the Sun” would be the token women-in-science episode.) 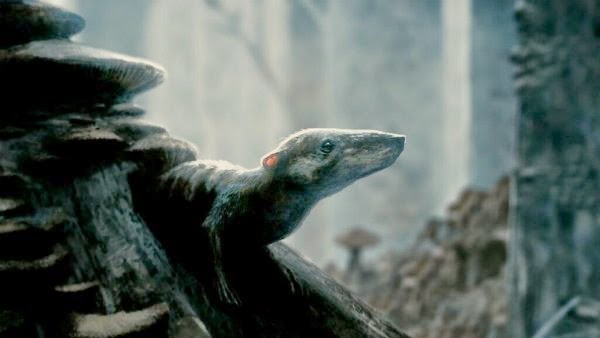 After this, Tyson goes on to explain the asteroid impact that wiped out the dinosaurs, leaving small mammals to inherit the Earth. Some of those small mammals eventually evolved into human beings. The episode also looks at several other geologic events, such as the formation of the Mediterranean Sea and the Panama Isthmus, before concluding with an ominous look into the future. Tyson takes us back to the “Halls of Extinction” and to the unmarked passage that waits for the next mass extinction. Does our fate lie down that hallway?

There’s an important moral message to this episode. As human beings we are fallible, even scientists. We have our biases and personal beliefs that get in the way of knowledge and understanding. The scientific process is set up in such a way as to minimize the impact of human foibles, but even so, it can’t eliminate them entirely because sometimes we ignore the process or try to expedite it. The episode shows how climate change is a natural part of the world, but so are human beings. Life affects the world. The evolution of trees eventually contributed to the disaster that ended the Permian era. As living creatures, part of this world, we too are capable of causing change in it. It was carbon from those trees that led to the end of the Permian era, and today we dig up more and more carbon and expel it into the atmosphere. At one point, Tyson practically begs us to turn away from our addiction to coal, oil, and gas, and instead turn to something much more plentiful: sunlight. The sun provides more energy than we could ever possibly need. If we just made the effort, it would be an inexhaustible source of cheap energy, and yet we ignore almost all of it. There are people who deny climate change in the present and/or the causes of it. There are those who deny evolution. We stick to our biases, to what we want to believe. It’s time to look beyond what we see with our eyes and to look at time with a wider lens. If we want the world to stay as it is now, to be the unchanging world we perceive it as, then ironically, we need to change our behaviour. 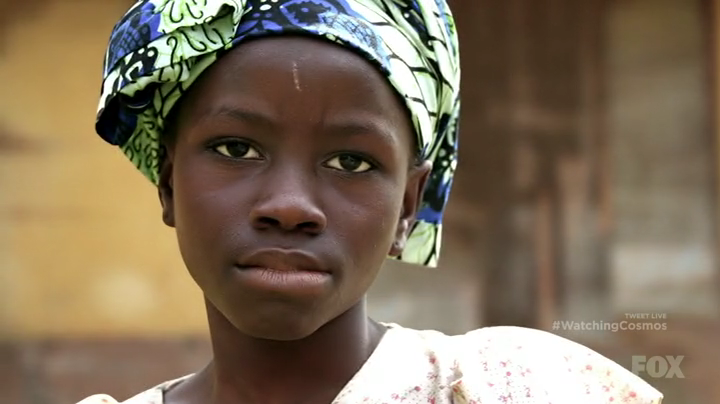 But there’s another message in this episode, too—a brighter, more positive one—that of the resiliency and resourcefulness of life. Creatures alive today, such as we humans, all evolved from those few species that survived the Permian extinction and all the other extinction events through the aeons. There’s a beautiful sequence near the end of the episode which begins with the animation of evolution from Carl Sagan’s original Cosmos series overlaid on scenes of Earth’s geologic history. The sequence then concludes with a succession of pictures of people from all over the world, of numerous races and ages. It shows that we all came from the same place and we are all in this world together. We are the survivors of the “longest and most dangerous relay race there ever was, and at this moment, we hold the baton in our hands.” There will be catastrophes in the future, whether they are caused by us, upheavals beneath the Earth, or impacts from space. But we have the resiliency and the resourcefulness to survive. Who knows what kind of world our descendants will inherit? But they will inherit it.
Posted by Michael Ray Johnson at 20:45