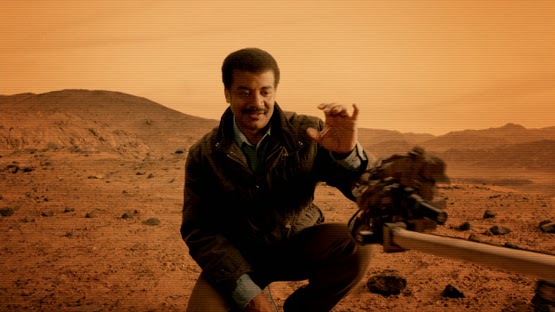 This week’s Cosmos is one of the more speculative episodes so far, delving into the questions of life that we don’t fully have the answers for yet. But that makes it no less a beautiful and enlightening episode than any other so far. In many ways, speculation is one of the most important parts of the scientific process. Certainly, speculation can be (and often is) wrong, but without the speculation, there is little to drive us to the truth. “The Immortals” looks at one of the biggest questions of all: Where did life come from? But more than that, it looks at where life is going. Does humanity have what it takes to survive, or will it, one day, just be added to the list of extinct species? 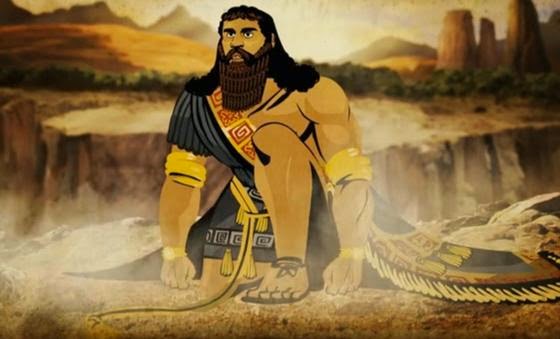 Humanity has often looked for immortality—a way to escape the shackles of of an individual’s short time on this planet. But there are different kinds of immortality, and even though “The Immortals” opens with the question, “Are there beings in the cosmos who live forever?” the episode doesn’t concern itself with the idea of a single individual being able to literally live forever. Instead, it takes the route Cosmos has taken previously where records of an existence (from pictures to writing) are a form of immortality. The episode takes us back to ancient Uruk and the Akkadian priestess Enheduanna, who was one of the earliest known poets and authors, and the first person to ever sign her name to her work, ensuring that her name would be recognized long after her death. From there, we learn of the Epic of Gilgamesh, which is the earliest example of the hero’s journey. Gilgamesh sought immortality, and in a sense, he found it because his name is still known today. Writing and stories are a way of preserving the past, and so, are a way of keeping their subjects alive potentially forever. 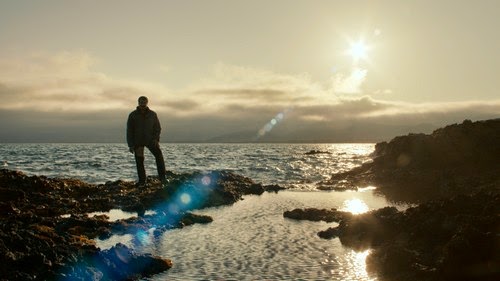 Yet this bit of history is merely an introduction to this episode’s main focus, that of life itself. Life contains its own kind of writing within its very structure, a writing that allows it to carry on reproducing itself: DNA. The alphabet of DNA contains only four letters (i.e. molecules) with each word being three letters long, and the vast variety of arrangements of this “language” allows for diversity of life. But where did this life come from originally? How did it start? The plain answer is, we don’t know. We can trace evolution back to the earliest microbes, but how non-living carbon-rich molecules made the jump to living molecules remains one of science’s greatest mysteries. Yet that doesn’t stop Cosmos from offering a few hypotheses. Perhaps life began in a shallow pool of water where those molecules somehow began using energy to copy themselves. Or perhaps life began in a volcanic vent in the deep sea floor. 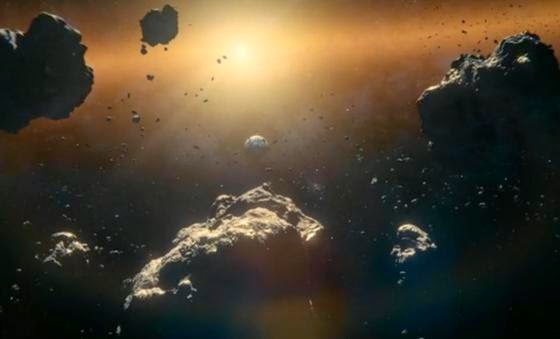 The third option offered is the one that seems at first the most like science fiction, yet it is an option that has gained a lot of ground in recent years—the possibility that life came from outer space. This is not the von Däniken Chariots of the Gods? belief where alien space travellers seeded the Earth and built the pyramids. No, this is the idea that microbes preserved on meteorites might have been the origin of life on this planet. Neil deGrasse Tyson explains to us how natural events like volcanic eruptions or asteroid impacts can send rocks into space. We have evidence of meteorites that originated on Mars, and evidence that some microbes can survive incredibly long times in the vacuum of space. While the ability to survive the interstellar distances from one solar system to another seem highly unlikely, Tyson offers a plausible scenario for how it might happen. On its millions-of-years-long orbit around the galaxy, our solar system will have passed through occasional dust clouds. Those dust clouds could knock comets out of their orbits and some of those comets could conceivably hit the Earth, sending microbe-carrying rocks into space. Those rocks could land on newly formed planets in the dust cloud, thus bringing life to those planets. If anything similar happened the other way round, with a young Earth receiving rocks from other passing systems, this could be the origin of life.

Of course, these three options for the beginning of life don’t really answer the question of how life started. For the first two, they merely offer a where and the conditions in those locations. The third explains how life ended up on Earth, but not where it came from originally or how it started there. We simply don’t know how yet. But this is not something to be ashamed of. After all, there needs to be something left for the next generation of scientists to discover! But the speculation doesn’t stop there. If life could start on Earth or come to Earth from somewhere else, then the same could presumably happen elsewhere. Is there life anywhere else in the universe? If so, how could we ever know? How could we ever communicate with that life? Tyson goes on to explain Project Diana in the 40’s and how it showed for the first time that radio waves can travel through space. We’ve been sending radio waves out into space ever since with the proliferation of television, the earliest of which will have passed the nearest star systems by now. In essence, we’ve been sending our stories into space, creating another form of immortality for ourselves. Life on other planets might be able to detect our signals and learn of us. We also might be able to detect similar signals from those lifeforms. Programmes like SETI (Search for Extraterrestrial Intelligence) have been searching for such radio signals for decades, but haven’t yet found anything. The search, however, has been sporadic and only able to look at a small portion of the sky. We may simply have missed something there.

Of course, there may be other reasons we haven’t detected other life yet. It may be that other civilizations use something other than radio waves for their communications—something we haven’t discovered yet. Or it may be something more sinister. And from here, the episode takes a slightly more ominous turn as it considers the prospect of the lifespan of a civilization. However, despite the gloomy, doom-laden prospects Tyson examines, the episode maintains a fairly optimistic tone. While a super volcano that exploded tomorrow would devastate our civilization, our species would likely still survive, if greatly reduced in numbers, and it’s not at all implausible that, in another century or two, we might have the technology to detect the eruption in advance and actually syphon off the energy before it exploded. Similarly, we already have the means to detect and divert an asteroid impact. A supernova explosion in our stellar neighbourhood (about 30 light years or so radius around us) would sterilize the planet, but such an explosion so nearby isn’t likely to occur for several hundred million years, by which time, we may have the means to survive it.

More insidious, however, are the things we don’t see coming in advance. Tyson talks about how disease was how the Conquistadors actually conquered the Americas, not their fighting prowess or “more civilized” ways. Today, we know a lot more about diseases and other things that wiped out ancient civilizations, but that doesn’t mean that we aren’t blind to problems. Despite scientific consensus regarding climate change and its potential problems, we still blindly adhere to what we’ve always done. As Tyson says, “There’s a disconnect between what we know and what we do.” We need to overcome this disconnect, overcome our own shortcomings. If we can do this, there’s nothing we can’t overcome, and humanity will survive. 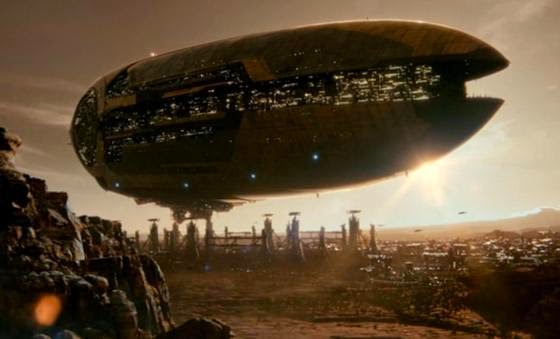 In many ways, “The Immortals” is one of the most inspiring episodes of Cosmos so far, partly because so much is speculation—speculations on the origins of life and speculations on where we might go from here. While the pure science and facts of other episodes are awe-inspiring in their own right, this episode shows us what can still be achieved. These aren’t science fiction ideas; these are real scientific possibilities. We only need to put our minds to them. The final portion of the episode looks to the future and what the next “year” on the cosmic calendar might be like. Science can predict cosmic events, like the death of our sun in about five billion years, with a great degree of confidence, though matters concerning human behaviour are not so simple. However, we can dream. The closing moments of the episode offer a wonderfully upbeat and optimistic dream of the future—much of which is taken word-for-word from Carl Sagan’s original Cosmos series, but with stunning modern computer animation. In the first few seconds of the new cosmic year, internal combustion engines become museum pieces and the polar ice caps are restored. Eventually, we will move out to the stars, but it won’t strictly be our species anymore. It will be one very like us, “but with more of our strengths and fewer of our weaknesses.”

I’ve said from the first episode that the greatest strength of Cosmos is its potential to inspire a new generation of scientists, but this is the episode that says to its viewers that this is what we can accomplish. This is what you can be part of.
Posted by Michael Ray Johnson at 22:58