September Round-Up, Orbiting TARDIS Update, and other Doctor Who News 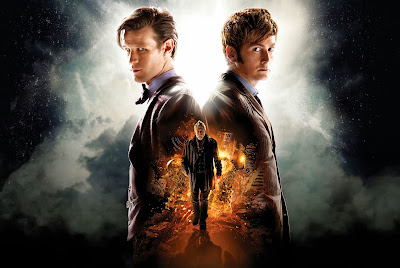 September was a rather uneventful month, with not a lot going on. There was the finale of Breaking Bad, I suppose, but I must confess, I didn’t watch it. I’ve actually never watched a single episode of that series. People keep telling me it’s great, but it just doesn’t appeal to me. I actually haven’t been watching much of anything lately—but I have been doing lots of reading!

Here on the blog, all that reading has helped me catch up further with my Pathfinder reviews. The big one was Mythic Adventures. A book of that size takes a while to read and then review. I also added reviews of the Pathfinder Society Primer, The Worldwound, The Worldwound Incursion, Faiths & Philosophies, Demons Revisited, and the Demon Hunter’s Handbook. I am now caught up on everything except this month’s releases. Of course, by the time I get through all of those (next up will be Mythic Realms), October’s releases will probably be available, but hopefully, I’ll get a start on those as well before the end of the month.

Outside of Pathfinder, the only other thing I had going this month was my weekly reflections for the 50th anniversary of Doctor Who. This month I looked back on my time with the second, third, fourth, and fifth Doctors (and although it was actually at the end of August, just for completion’s sake, here’s the link to my reflections on the first Doctor). 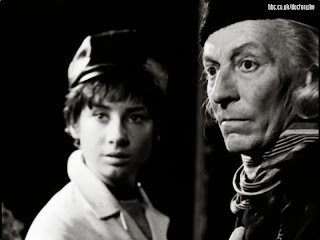 In the wider world of Doctor Who, there have been a couple of things going on—things that I thought I’d compile here since I haven’t made separate posts about them. Perhaps the biggest thing is that the BBC released its anniversary celebrations plan. Actually, it released it 12 hours early by mistake, took it down even though everyone had seen it, and then put it back up at the right time and hoped that everyone would still find it a surprise! Then, very shortly after that, they announced that there was a problem of some sort with the planned showing of the very first Doctor Who story, “An Unearthly Child”. There has not yet been any confirmation on just what the problems are/were or whether or not they will actually broadcast the story. The press release also revealed the title of the 50th anniversary special as “The Day of the Doctor”. It is confirmed at 75 minutes in length.

In just the last couple days, the BBC revealed the official hashtag for the 50th anniversary, which is #savetheday. Honestly, I find that hashtag rather underwhelming and wonder why it can’t be something straight-forward like #doctorwho50 or something like that. Then again, I’m not that into hashtags. I use them once in a while in my tweets, but most of the time, I just can’t be bothered. Anyway, here’s the “sting” introducing the hashtag:


Radio Times has a look at the original TARDIS blueprints. They come from “An Unearthly Child” director Waris Hussein’s personal collection. It’s a fascinating glance back into the origins of Doctor Who. For another look into the early years of Doctor Who, a 1966 CBC (Canadian Broadcasting Corporation) interview with Syndey Newman, the creator of Doctor Who has surfaced. The interview actually only mentions Doctor Who briefly near the beginning when Newman refers to it as “silly”, but it is nonetheless a look at one of the minds responsible for early Doctor Who. You can watch it in the player below (warning: a couple of advertisements play first).


A few months back, I made a post about a father-daughter team trying to put a TARDIS into orbit for the 50th anniversary. They have an update on their progress, which you can see below.


Have a great October everyone!
Posted by Michael Ray Johnson at 21:57