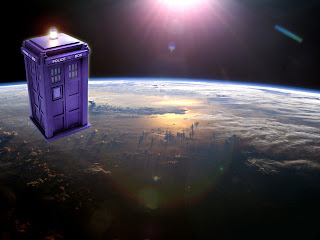 I’m starting something a little new this month, which is basically a month-in-review. On the last day of each month, I’ll take a look back at the entire month, both things that I’ve commented on, and reviewed on the site, as well as possibly a few other things in the month that have caught my interest.

June was a fairly slow month overall, but it opened with the news that Matt Smith is leaving Doctor Who in this year’s Christmas special. This led to much speculation about who might be the next Doctor, but that speculation seems to have simmered off for the time being.

Although I haven’t written a post on it (because there’s nothing concrete to write about), there have been tons of bizarre and often conflicting rumours over the past couple weeks about more missing episodes having been found. Numbers as high as 90 are floating around. Another popular (and perhaps more believable) number is 17. Of course, even the find of one missing episode would be exciting news, if true. Whether there’s a kernel of truth to this particular round of rumours remains to be seen.

With the TV show off the air until November, there were no Doctor Who episodes to review this month, but I did review the book Queers Dig Time Lords.

A couple weeks ago, I posted about this Kickstarter campaign to place a TARDIS in orbit. The campaign closed yesterday having raised $88,880, passing their second stretch goal after an initial goal of $33,000. I’m very curious to learn when the actual launch will take place!

I’ve fallen a bit behind on my Pathfinder reviews, meaning I only got to three this month (Doom Comes to Dustpawn, Ultimate Campaign, and The Frozen Stars). This means I’ve got a backlog of products to get through, so expect lots of those over the next couple of weeks. I’ll also have some reviews of the newest products for the Doctor Who: Adventures in Time and Space game, which have finally been released!

For some time now, my wife has wanted me to do a post about some of the unusual search keywords that bring people to this site. The vast majority of search keywords are pretty normal and self-explanatory, such as “steven moffat sexist” or “doctor who sexist” or various things referring to Pathfinder products. Some others are a bit unusual, but you can generally understand how they came about, such as the website address as keyword (presumably from people entering the address in the wrong field of their browsers). However, every now and then, I see some search words that are a little more bizarre. Sometimes, I’m not even sure how those words led people to this site. So I’ve been keeping a list of some of the best to share. Here they are (all spelling mistakes are replicated exactly):

but then moffat – I can see how this would bring people to this site, but it’s the arrangement of the words I find amusing. But then Moffat...what?

female doctor dices – This is possibly a direct search for this site, just with a misspelling of dice, but it does create an interesting image in my mind. What exactly is this female Doctor dicing? Tomatoes perhaps? Cucumbers?