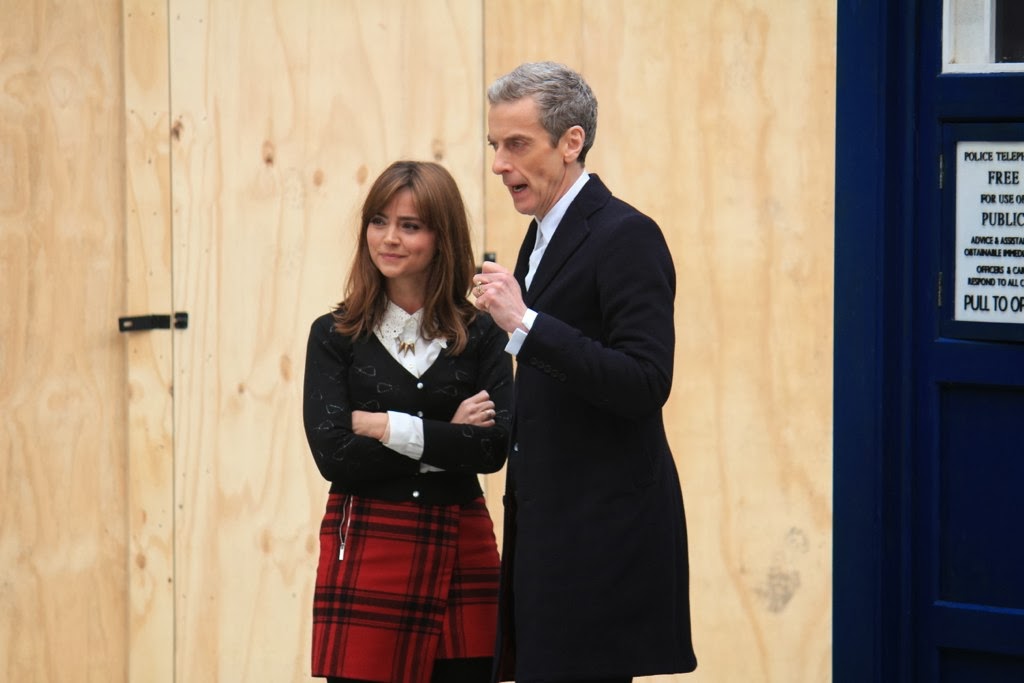 I’m a little late with the round-up this month. I’ve actually decided to move them from the last day of the month to the first day of the next month (yes, I know that still makes me late!). That keeps them visible in the site’s archive links to the right (the default of which only has the current month open).

The big thing in January was, of course, the return of Sherlock after a two-year hiatus. I have reviewed both “The Empty Hearse” and “The Sign of Three” so far. I have now watched (twice) “His Last Vow” and will have a review for it in the next day or two. I will make no comment on it until that time.

In the world of Doctor Who, filming has started on Series 8, the first with Peter Capaldi as the Doctor. We have also been treated to the first official picture of Capaldi in costume—a costume I like a great deal. The first pictures from the filming have started to show up as well. I tend to avoid most of those as I don’t want to get too spoiled. However, the picture at the top of this post is a pretty non-spoilery one.

In the world of roleplaying, I reviewed several Pathfinder products in January, including Magical Marketplace, the Inner Sea NPC Codex, Wardens of the Reborn Forge, and The Midnight Isles. I also reflected a little on the 40th anniversary of Dungeons & Dragons.

I usually include a little something extra with these monthly round-ups, but I must admit I don’t have anything this month. All things considered, it was a pretty quiet month and I wasn’t sure what to include. So, have a great February, everyone!
Posted by Michael Ray Johnson at 13:22