These days, months seem to go by really fast. It feels like I only wrote July’s monthly round-up a few days ago, but here we are at the end of August. It was an interesting month and fairly productive for me on the blog—apart from the past week, when a hectic schedule kept me from making as many updates as I would have liked. It was the best month ever for views though, with more than twice as many people visiting the site than in the previous best-ever month! 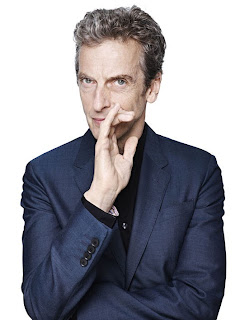 The month opened with the BBC announcing that Peter Capaldi would be stepping into the role of the twelfth Doctor after Matt Smith leaves in this year’s Christmas special. As with all new Doctor announcements, this one was met with lots of praise and just a little bit of criticism, some justified, some not-so-justified. As happy as I am with the choice (and I do believe he will be a great Doctor), I had to admit to a couple concerns with the casting process myself. More exciting news came a couple of weeks later with the announcement of the discovery of a lost William Hartnell interview. It’s not quite the discovery of lost episodes, but a significant event nonetheless. Also, for a bit of fun, Doctor Who fans discovered that the TARDIS is on Google Maps. Finally, I have begun my own preparations for the upcoming 50th anniversary of Doctor Who by looking back at my own experiences with the show throughout my life. Each week until the anniversary, I’ll look at one of the Doctors, and finally at the spin-offs. It’s a little bit of self-indulgent nostalgia, and I hope people enjoy it.

In the world of Pathfinder, I continued to make my way through my backlog of products to review. I didn’t get through as much as I hoped this month, but I still made good headway. Reviews this month included Castles of the Inner Sea, Dragons Unleashed, the Dragonslayer’s Handbook, The Witch Queen’s Revenge, the Reign of Winter Player’s Guide, and The Dragon’s Demand. Coming up soon, I’ll be getting to products such as The Worldwound, the new Wrath of the Righteous adventure path, and the hardcover release, Mythic Adventures.

Last month, I included a couple of very brief reviews with my monthly round-up, and I’d like to include another such one this month. With every adventure path Paizo has published, they have also published a map folio to go along with it. Early ones were just a collection of important maps from the adventure path, but later ones have been a selection of full-colour, poster maps that are useful for the adventure path but can have more generic uses as well. Since these folios are published in the Pathfinder Campaign Setting line rather than the Pathfinder Adventure Path line, they need to be useful to people who get the one and not the other. It’s also nice not to have to get a set of maps you already have. I don’t normally review the folios since they are just maps and I haven’t felt I could give them the in-depth coverage I like to include in my reviews.

The Reign of Winter Poster Map Folio contains three poster maps: one of the country of Irrisen, one of its capital Whitethrone, and one of the region of Iobaria. Each map is in a somewhat different style, with the map of Irrisen being the most visually stunning. In many ways, it’s more like a piece of art than a map, and indeed, it’s perhaps not the most useful map as a result. Still, it show the locations of sites throughout the country, and would work especially well as a representation of a map that people actually living in the game world might see and use. The other two maps are more typical of the gaming maps of most use to gamemasters. There was a poster map of Whitethrone in the City Map Folio from a few years ago, but the one here is larger and more detailed. Overall, the Reign of Winter Poster Map Folio contains three good maps that will be useful to people running games in the northern reaches of Golarion.

A couple months ago, I listed some of the most unusual search terms people had used to find their way to this blog. Since then, I’ve collected a few more. These ones aren’t quite as bizarre and it’s easy to see why this site might show up as a result, but they made me chuckle. As before, all spelling and grammar errors are replicated exactly:

sarah jane smith hot – I understand the sentiment, but it seems an odd search to me.

of dice and men sexism doctor who – This is clearly a direct search for this site with either a typo or a misremembering of the blog’s name. Either way, the error is rather ironic.

sexist doctors nowadays – I have no idea what to say.

left 4 dead original character models – Until this very sentence, I have never once mentioned Left 4 Dead on this blog. I don’t play video games these days (mainly because, if I do, I know I’ll never accomplish anything productive ever again) and so I barely ever mention them on this blog, if ever. No idea why Of Dice and Pen came up in this search.

Anyway, that’s all for this month. Have a great September, everyone!
Posted by Michael Ray Johnson at 23:14