For the last week, I've been following the response to this article on Rose Fox's blog, Genreville, hosted by Publishers Weekly. The article publishes an open letter from authors Rachel Manija Brown and Sherwood Smith about their attempts to find an agent for their post-apocalyptic young adult novel and how they have been asked to either make a gay character straight or drop the character from the novel entirely as a condition for the agent to represent the novel. They ask for greater representation of LGBTQ characters in YA science fiction/fantasy literature and ask readers to vote with their wallets and make it clear to agents and publishers that there is a demand for these characters.

The story has spread across the internet and numerous blogs and has engendered a lot of response, much of it initially sympathizing with Rachel Manija Brown and Sherwood Smith. Even though the authors went out of their way not to name the agency in question, rumours began flying, and the agency has come forward with a rebuttal posted on Colleen Lindsay's blog, the Swivet. In it, Joanna Stampfel-Volpe denies the accusations of Brown and Smith and says that book was rejected for other reasons. Lindsay, a known LGBTQ advocate and a self-identified queer woman, follows up the response with a statement in support of Stampfel-Volpe. Genreville has since posted a follow-up which includes an excerpt of Stampfel-Volpe's response and a further response from Brown and Sherwood reaffirming the truth of their original letter.

Naturally, this has caused all sorts of discussion across the internet with people taking one side or the other, and many others coming somewhere in the middle and thinking that this all the result of a miscommunication. Cleolinda Jones excellently summarizes the whole debate on her blog, and YA Highway has a great summary as well, so I won't go through it all here other than to say it's worth reading through.


Regardless of whether you believe Brown and Smith or Stampfel-Volpe, or believe the truth lies somewhere in between, there is one thing that pretty much everyone agrees on: There needs to be greater representation of minorities in fiction. This goes beyond just LGBTQ characters to characters of other races and ethnicity to the representation of women (and, to a lesser extent, even stereotyped presentations of men as well). Most agents and publishers claim to be open to more inclusive character representation (indeed, I'm sure there are very few who would ever publicly claim otherwise), but being open to it and actually doing it are apparently two different things. Far too often, they fall back on the excuse of marketing, saying that it won't sell in its current form. Often, minority characters are relegated to supporting roles only, not main characters. Even when they are the central character, we still get situations like with Jaclyn Dolamore's book, Magic Under Glass, which was originally published with this cover: 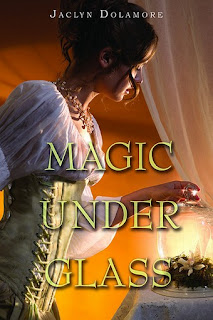 It was only after public outcry that publisher Bloomsbury withdrew that version of the book and republished it with the more accurate cover pictured on Dolamore's site (linked above). This type of thing, called whitewashing, where non-white characters are depicted as white on a book's cover, is certainly not as prevalent as it once was, but it still exists, and that in itself is disturbing. It's not like Magic Under Glass was published fifty years ago. This happened last year!

However, the fact that Bloomsbury ultimately withdrew this cover under public pressure shows that we, as readers, can have an impact. Publishers can only get away with this sort of thing if we let them. If we sit back and do nothing, then yes, the publishers are right: only books with main characters who are straight and white will sell. They will sell because they are the only books produced. Now, don't get me wrong. The inclusion of minority characters in books has been improving a great deal. It just still has a long way to go. (This site has an excellent breakdown of the stats for LGBT characters in YA fiction published in the U.S. from 1969 to this year. Apart from a rather large dip in 2010, it shows a pretty steady climb.) To ensure that it keeps improving, we as readers need to make it clear that we will buy books with minority characters in prominent roles and that we will not support whitewashing and the relegating of minority characters to supporting roles only. As Cleolinda Jones says in the post linked above:

You can be a wonderful, non-homophobic person and still be complicit in catering to people like this, tiptoeing around them and hoping to keep their business--people who equate "homosexuals" with "dark and scary things." That is the problem: good people taking the safer path. Just make it easier for readers to deal with. Just take out the dark and scary things so a good book will sell more and be more widely read, whether it's now the same book at heart or not. That's what all of those complaints up there have in common, whether the issue was cultural, racial or sexual: it was something that the agent or editor might not personally have a problem with, but something that they were afraid would turn prejudiced readers away. That, to me, is what Rachel Manija Brown and Sherwood Smith's initial post was about--

This isn’t about one agent’s personal feelings about gay people. We don’t know their feelings; they may well be sympathetic in their private life, but regard the removal of gay characters as a marketing issue. The conversation made it clear that the agent thought our book would be an easy sale if we just made that change. But it doesn’t matter if the agent rejected the character because of personal feelings or because of assumptions about the market. What matters is that a gay character would be quite literally written out of his own story.

--and what so many of these subsequent posts, even the ones that disagree, have touched on: publishers need to put out books about all kinds of people, and readers need to let publishers know that they will buy them. And they need to not let fear stop them, because YA saves, and kids need these books.

It's time we stop taking the safer path where we just ignore it and hope it goes away. It won't go away if we do nothing. We have to take a stand.
Posted by Michael Ray Johnson at 13:17